How to Take Notes You Will Remember 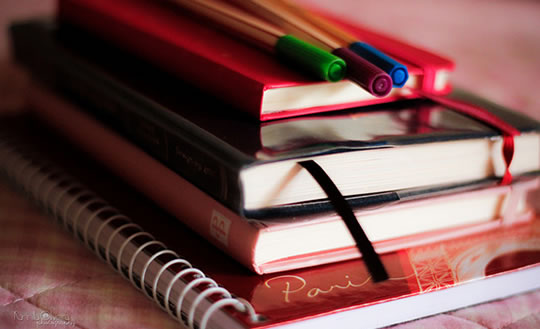 Laptop versus hand-written notes: what the difference reveals about memory.

A new study finds that if you want to better absorb concepts over the long-term, it’s better to take notes by hand.

Two psychologists were inspired to carry out the research after noticing a problem with recalling notes taken on a laptop.

Pam Mueller, a psychologist at Princeton University, found that switching back to a pen and paper from a laptop had been beneficial.

The study’s co-author, Daniel Oppenheimer, had a similar experience, which Mueller explains:

“Danny said that he’d had a related experience in a faculty meeting: He was taking notes on his computer, and looked up and realized that he had no idea what the person was actually talking about.”

They set out to test this hunch scientifically by having 65 college students watch TED talks and then have them answer questions about what they’d learnt (Mueller & Oppenheimer, 2014).

The questions, which were asked 30 minutes after watching the video, fell into two categories:

What they found was little difference in factual recall: people could remember about the same proportion of facts in both groups.

The big difference came in what people had understood conceptually from the lecture.

Here it turned out that the paper-and-pen note-takers had retained a significantly larger proportion of conceptual information.

The reason for this difference comes down to the mental processes involved in laptop versus hand-written notes.

It is likely that laptop note-takers tend to just transcribe what they are hearing verbatim, whereas hand-written note-takers engage more with the information.

“It may be that longhand note takers engage in more processing than laptop note takers, thus selecting more important information to include in their notes, which enables them to study this content more efficiently.”

This was borne out by the study’s results, which found that students whose notes had the least overlap with what was said in the videos, performed better in the test.

In other words: just transcribing stuff verbatim isn’t doing you much good.

Pam Mueller concludes with a warning:

“Our new findings suggest that even when laptops are used as intended — and not for buying things on Amazon during class — they may still be harming academic performance.”

Should you want to keep taking notes on your laptop, the best advice is to try and distil what the speaker is saying, rather than writing down phrases or sentences verbatim.

That’s because the mental act of processing information better embeds it into your memory.