How to Set Goals That Lead to Happiness 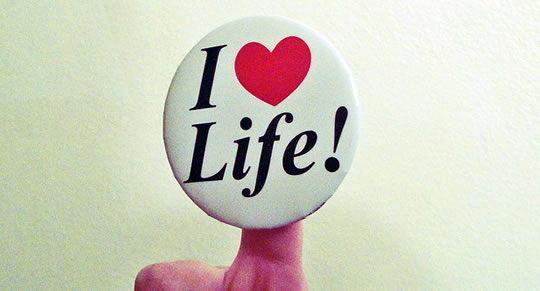 People are wrong about the type of goals that will make them happiest.

The study, published in the Journal of Experimental Social Psychology, may answer one of the paradoxes of happiness: why trying to be happy sometimes makes us less happy (Rudd et al., 2014).

Perhaps, suggest the authors, our goals for happiness are too broad and all-encompassing, when they’d be better off specific and achievable.

Unrealistic expectations of how happy we can be and what we can achieve may lead to more unhappiness in the long-term.

One of the study’s authors, Jennifer Aaker, explained:

“Although the desire for personal happiness may be clear, the path to achieving it is indefinite.

One reason for this hazy route to happiness is that although people often think they know what leads to happiness, their predictions about what will make them happy are often inaccurate.”

To investigate these ideas, the researchers carried out a series of six experiments.

In one experiment, participants were divided into two groups and each formed a slightly different type of goal:

People then performed all sorts of acts of kindness in pursuit of this goal, like:

On the surface these goals seem somewhat related, so why this difference in the eventual outcome?

Further experiments revealed that when people framed their happiness goals more concretely, they tended to get what they expected.

After all, can you really make someone happy in the long-term by telling them a funny story or giving them a gift?

But you can still make them smile.

This research suggests that by thinking in concrete ways about our goals for happiness, we can minimise the gap between our expectations and what is actually possible.

On top of that:

“…concrete prosocial goals offer more happiness in part because they allow givers to more accurately assess whether they were successful in their goals…” (Rudd et al., 2014).

People predicted the opposite effect

Perhaps most fascinating of all was the fact that these findings were the exact opposite of what people expected.

In a final experiment they tested people’s intuitive guesses as to which type of goal would make them feel happiest.

“…participants appear to be wrong in two ways. [..] participants incorrectly predicted no difference in personal happiness between the concrete and abstract goals.

When considering both conditions (i.e., both goals) simultaneously, they believed that the abstract prosocial goal would lead to greater happiness than the concrete prosocial goal—the exact opposite of the results in the prior experiments.”

No wonder, then, that striving for happiness can be so problematic, if intuitively we have little understanding of what will make us happy.