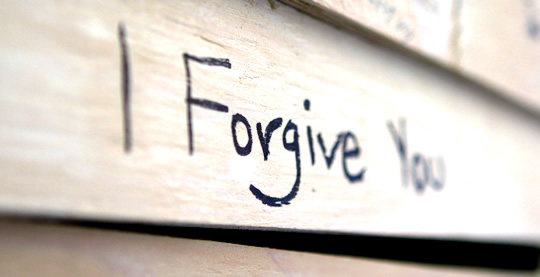 Studies show that being forgiving benefits mental and physical health.

“The weak can never forgive. Forgiveness is the attribute of the strong.” — Mahatma Gandhi

It’s often said that you should ‘forgive and forget’ other people’s transgressions, no matter how hard that may be.

It’s certainly true that forgiving others is beneficial to the self, as the author of a new study on the subject, Saima Noreen, explains:

“It is well established that learning to forgive others can have positive benefits for an individual’s physical and mental health.

The ability to forget upsetting memories may provide an effective coping strategy that enables people to move on with their lives.”

The question is whether forgiving really does lead to forgetting.

That’s what Noreen and colleagues investigated in a new study published in the journal Psychological Science (Noreen et al., 2014).

In the study, people read scenarios that contained hypothetical wrongdoings, including things like theft, slander and infidelity.

They were then asked to think about whether or not they would forgive the perpetrator.

These results were recorded and people were called back to the lab a week or two later.

In a follow-up test, they were trained to forget about some of the scenarios and remember other ones.

The researchers found that when people initially forgave the wrongdoer, they were also more likely to forget about the scenario when told to do so.

In contrast, when people had not initially forgiven the wrongdoer, they could not forget the scenario, even when asked to.

These results suggest that — as the common saying has it — forgiveness may well lead to forgetting.

“This research is only coming into fruition, and it’s likely that the relationship between forgiveness and forgetting is bi-directional and far more complex over longer periods of time.

We hope that, in time, new fields of enquiry may combine forgetting- and forgiveness-based interventions that might, in turn, give rise to powerful therapeutic tools that will enable people to “forgive and forget” more effectively.”