Attending a Better University Doesn’t Make You Happier, Here’s What Does… 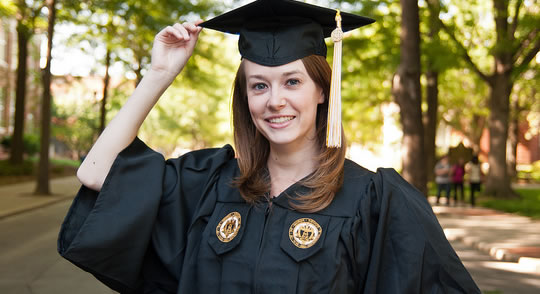 Only 14% of graduates strongly agreed that the professors cared about them.

A new survey of 29,560 college graduates has found that the college they attended didn’t affect how happy they were after graduation, or their subsequent engagement with work (Gallup, 2014).

No matter whether they went to a top-ranked or bottom-ranked institution, the secret of happiness and satisfaction with work and life lay elsewhere.

Considering the huge variation in price between the most and least prestigious institutions, this is a surprising finding.

Instead it was the types of experiences they had in college and support they received there which most predicted being engaged at work and thriving in later life.

For example, college graduates were more likely to be engaged at work if they’d…

The same factors above also predicted when graduates were more likely to thrive in life in general.

Other factors which also helped them thrive were that they’d…

Here are the amounts by which each factor affected subsequent engagement at work: 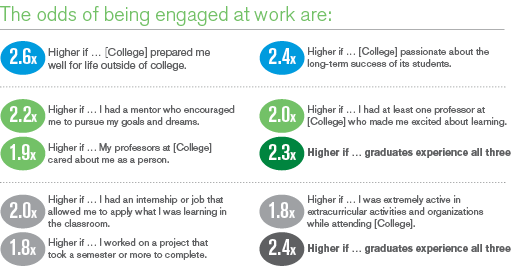 And here are the amounts by which each factor affected thriving in all areas of well-being: 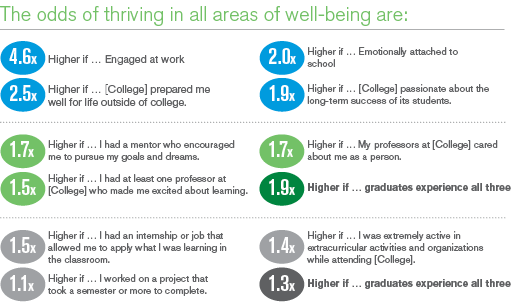 The absolute numbers of graduates who experienced these factors in college was disappointing.

Across all the college graduates, 39% said they were engaged at work.

The study concluded by saying that for students trying to decide which college to attend and for employers trying to choose between applicants:

“…the answers may lie in what students are doing in college and how they are experiencing it. Those elements — more than many others measured — have a profound relationship to a graduate’s life and career. Yet too few are experiencing them.”