A Better Way to Cope With Persistent Bad Memories 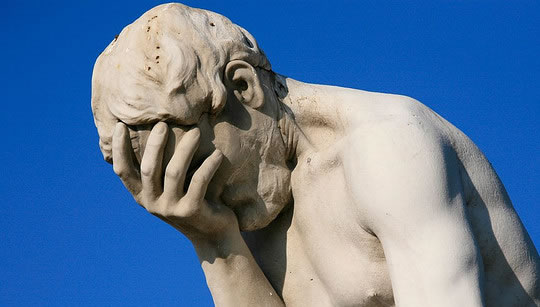 A better way to deal with recurring negative memories is to focus on the context and not the emotion, according to a new study published in Social Cognitive and Affective Neuroscience (Denkova et al., 2014).

For example, if you were thinking about a funeral you attended, you might focus on what you were wearing or who was there, instead of how you were feeling at the time.

Professor Florin Dolcos, one of the study’s authors, thinks this approach could provide a promising alternative to other ways of regulating the emotions, like suppression and reappraisal.

“Sometimes we dwell on how sad, embarrassed, or hurt we felt during an event, and that makes us feel worse and worse.

This is what happens in clinical depression — ruminating on the negative aspects of a memory.

But we found that instead of thinking about your emotions during a negative memory, looking away from the worst emotions and thinking about the context, like a friend who was there, what the weather was like, or anything else non-emotional that was part of the memory, will rather effortlessly take your mind away from the unwanted emotions associated with that memory.

Once you immerse yourself in other details, your mind will wander to something else entirely, and you won’t be focused on the negative emotions as much.”

The researchers reached this conclusion by asking participants to share both positive and negative memories.

A few weeks later these memories were triggered while sometimes focusing on felt emotions and other times on the context of the event.

Brain scans during recall showed that…

“…when participants were focused on the context of the event, brain regions involved in basic emotion processing were working together with emotion control regions in order to, in the end, reduce the emotional impact of these memories.”

We don’t yet know if this strategy will work in the long-term, which is very important for those suffering from depression, but it’s easy to do and unlikely to cause any harm.