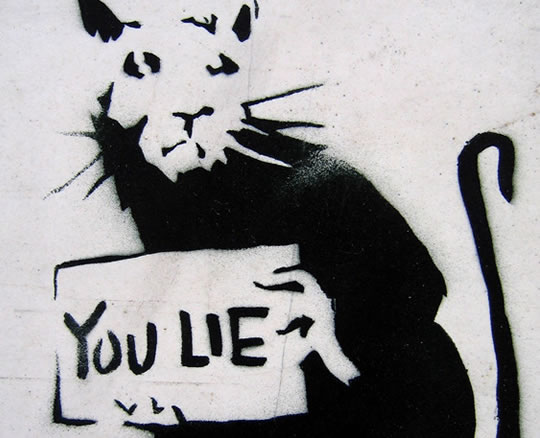 New study finds that the conscious mind may hamper our abilities to detect lying.

It’s remarkably difficult to tell when other people are lying.

That’s not just my opinion, that’s the result of many studies on lying conducted over the years.

“Our research was prompted by the puzzling but consistent finding that humans are very poor lie detectors, performing at only about 54% accuracy in traditional lie detection tasks.”

Given that 50% is pure chance, this isn’t much of an improvement.

That’s what ten Brinke et al. (2014) tested by having participants watch videos of suspects in a mock-crime interview.

Some of these videos showed people lying about having stolen some money, while others showed them telling the truth.

Could the participants tell the difference?

The results showed that, consciously, they were very poor at telling who was lying and who wasn’t.

Lies were detected 43% of the time and truth-telling only 48% of the time. Neither even broke through the pure chance barrier.

The experimenters, however, also gave participants a test of what their unconscious thought.

What they found was that participants displayed an unconscious association between the words related to deception and the suspects who had been lying.

Similarly, truth-related words were unconsciously associated with the suspects who’d been telling the truth.

On the unconscious test, then, participants did much better than they did consciously.

These findings challenge the traditional view of human beings as terrible lie detectors:

“Across two experiments, indirect measures of accuracy in deception detection were superior to traditional, direct measures, providing strong evidence for the idea that, although humans can’t consciously report who is lying and who is telling the truth, somewhere on a less conscious level we do actually have a sense of when someone is lying.”

The question then becomes: if on some level we know when people are lying, how can we access this information?

At present, we don’t know.