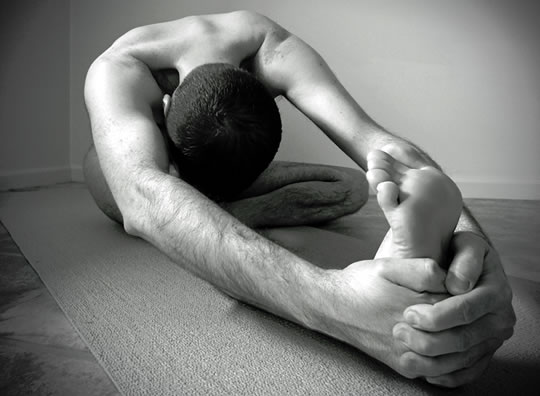 A single 20-minute session of yoga sharpens the mind more than a comparable amount of walking or jogging, according to a recent study by researchers at the University of Illinois at Urbana-Champaign (Gothe et al., 2013).

The study recruited 30 participants who were either asked to carry out 20 minutes moderate aerobic exercise or they were given a 20-minute yoga class.

In the yoga class, people adopted various postures including standing, sitting and lying down while contracting and relaxing muscles.

Yoga also includes a meditative element as participants are encouraged to focus on breathing.

“Yoga is an ancient Indian science and way of life that includes not only physical movements and postures but also regulated breathing and meditation.

The practice involves an active attentional or mindfulness component but its potential benefits have not been thoroughly explored.”

In the comparison group, participants worked out at 70% of their maximum aerobic capacity, which previous studies have shown provides a cognitive boost of its own.

When tested afterwards, however, those who’d been practising yoga performer better.

The results, published in the Journal of Physical Activity & Health, supported the remarkable benefits of yoga for the mind.

“It appears that following yoga practice, the participants were better able to focus their mental resources, process information quickly, more accurately and also learn, hold and update pieces of information more effectively than after performing an aerobic exercise bout.”

Scientists currently know little about why yoga may be beneficial, but Gothe speculated:

“Enhanced self-awareness that comes with meditational exercises is just one of the possible mechanisms.

Besides, meditation and breathing exercises are known to reduce anxiety and stress, which in turn can improve scores on some cognitive tests.”