Meditation Can Reduce Loneliness in the Elderly 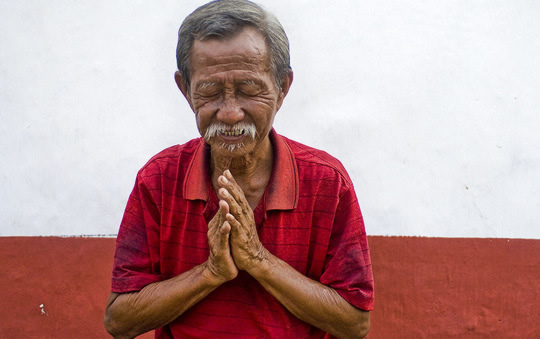 First study to show that mindfulness meditation can reduce loneliness in older adults.

Meditation can reduce feelings of loneliness and the expression of genes which cause inflammation, a recent study found.

Since so many older people live alone — with children at a distance and partners having passed away — researchers at UCLA targeted older adults for a study of meditation.

They recruited 40 people between the ages of 55 and 85 and assigned them to either a control group or a mindfulness meditation group (Cresswell et al., 2012).

Participants assigned to the mindfulness condition went to two-hour meetings once a week and also practiced meditation for 30 minutes each day.

Mindfulness involves training the mind to be attentive to what is going on in the present moment, rather than dwelling on the past or the future.

After the eight-week study, participants who had been meditating felt significantly less lonely.

But the benefits did not end there, the researchers also found that meditation altered the genes related to inflammation.

After meditating, participants showed lower levels of the inflammatory marker C-reactive protein and there were beneficial alterations in a genetic transcription factor (NK-kB) which has been found to be important in heart disease.

While inflammation is one of the body’s natural reactions to disease and other attacks, when it becomes long-lasting it can cause other diseases and depression.

If this is borne out by further research, MBSR could be a valuable tool to improve the quality of life for many elderly.”