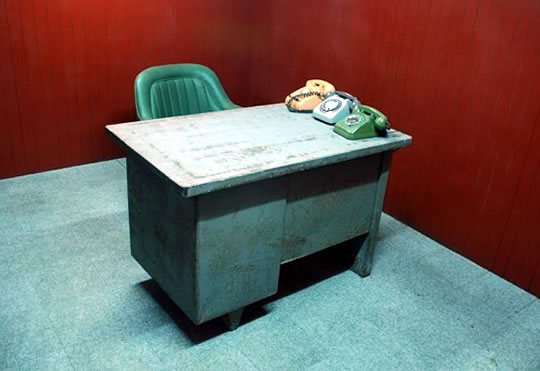 There you are, sitting in the office, as usual, working away.

Look away from the screen for a moment and what do you see? How tidy is your desk? Is it an open-plan office? Is there a view out of the window? Are there any plants in sight? Did you personally choose the decorations near your desk?

All these factors and more have interesting psychological effects on how people work and how good they feel about it. So here are six tips, based on psychological research, for creating the ideal workspace.

Open-plan offices are supposed to encourage communication and team-spirit. At least, that’s the theory.

According to a survey which analysed data from 303 US office buildings, there’s some truth to the boost in communication, but no evidence it increases community spirit (Kim & Dear, 2012).

On top of this, the small benefits in communication are massively outweighed by the disadvantages of working in open-plan offices. Most have worked in these and know exactly what they are: noise, distraction and lack of privacy.

Unsurprisingly, people working in private offices are significantly happier with their working environment.

Not that most people have much choice about this either way and I guess many do their best to create their own sense of privacy using headphones, cubicles or hiding under the desk—whatever works.

Does a messy desk help or hinder? Is the untidy desk really a sign of an untidy mind?

Well, research has found that order and disorder in the environment have different psychological consequences.

So, both messy and untidy desks have their place, depending on the type of outcome you are looking for.

While we can’t use psychology to solve the messy/tidy debate decisively, we can with curvy versus plain old straight.

In a study by Dazkir and Read (2011), participants were shown some stimulated interiors with loads of straight edges and some with loads of curves.

Just the same effect was found in another experiment which found people more likely to judge curvy spaces in general as more beautiful (Vartanian et al., 2013).

Most of us know that a nice walk through nature has a calming effect on the mind. Indeed, there is a study showing that a walk in nature can boost memory by 20%.

But what about bringing a little nature inside the office space?

This has also been tested in a study by Berto (2005), who found that just viewing pictures of natural scenes had a restorative effect on cognitive function.

In fact, the benefits of viewing landscapes likely extend to reducing short-term stress as well as benefiting overall health and well-being (Verlarde & Teit, 2007).

If walks in nature and natural scenes can calm the mind, then surely plants should work as well?

Indeed they do, research by Raaaas et al. (2011) found that after being exposed to an office setting with four indoor plants, people’s attentional capacities were restored in comparison to the control condition, which had no plant-life.

The lean, clean, efficient office space has been seen as the model environment in which to really get some work done.

But, like the tidy desk enthusiasts, the office minimalists are also taking a kicking in the research.

What effects, they wondered, would office decoration have on people’s well-being, their attention to detail, their management of information and so on.

The answer is that decorated offices won out over their bare counterparts. When people were empowered by being allowed to do their own decoration, they produced higher productivity and experienced enhanced well-being.

As one of their participants remarked, echoing, I’m sure, the feelings of many:

“…it’s so nice to come into an office with plants and pictures, it makes a place feel more homely, even a glass box [of an office] like this.”