Why You Can’t Tickle Yourself 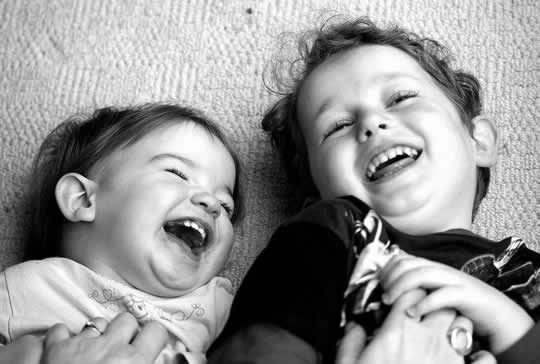 Tickling robot reveals the mysteries of why we can’t tickle ourselves.

It’s a well-known fact that you can’t tickle yourself.

Try it; you (mostly) can’t. Brush your own fingers across the soles of your feet. You certainly feel a sensation, but it’s nothing like when someone else does it.

The answer is, psychologists think, that our brains have a basic function which is designed to tell whether some sensation is caused by ourselves, or whether it comes from outside (Blakemore et al, 2000).

Telling the difference between the two is important because otherwise your own touch might give you the same surprise as when someone comes up behind you and taps you on the shoulder.

To test this out some researchers have created a simple tickling robot (Blakemore et al., 1999). The way it works is you put your left hand on a little stick and move it around. This causes a sponge to move around on your right hand.

It turns out that when the robot works like this, people feel little, because it’s like they are causing the sponge to move themselves, through this ‘robot’. It’s like when you brush a feather duster across your own palm: your brain knows you’ve caused the sensation, so it doesn’t feel that ticklish.

But, when the robot introduces a delay of one-third of a second between their left hands moving the stick, and feeling the sponge move on their right hands, suddenly it tickles!

The reason is that the ‘robot’ has tricked the mind into thinking the source of the movement is external. And because it feels like someone else is causing the sensation, then it tickles!