The Endowment Effect: Why It’s Easy to Overvalue Your Stuff 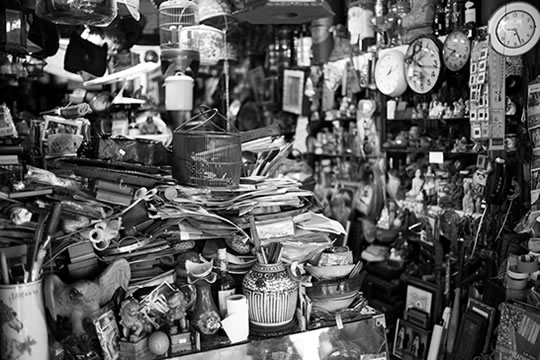 A strange thing happens in the mind when you buy something.

No matter what it is—a pair of jeans, a car or even a house—in that moment when an object becomes your property, it undergoes a transformation.

Because you chose it and you associate it with yourself, its value is immediately increased (Morewedge et al., 2009). If someone offers to buy it from you, the chances are you want to charge much more than they are prepared to pay.

That is a cognitive bias called ‘the endowment effect’.

It’s the reason that some people have lofts, garages and storage spaces full of junk with which they cannot bear to be parted. Once you own something, you tend to set its financial value way higher than other people do.

When tested experimentally the endowment effect can be surprisingly strong. One study found that owners of tickets for a basketball match overvalued them by a factor of 14 (Carmon & Ariely, 2000). In other words people wanted 14 times more than others were prepared to pay. However, this is a particularly high one and the ratio will vary depending on what it is.

The endowment effect is particularly strong for things that are very personal and easy to associate with the self, like a piece of jewellery from your partner. Similarly we also overvalue things we’ve had for a long time.

Sometimes, of course, the sentimental value of things is justified; but more often than not people hold on to old possessions for no good reason. So if you’re surrounded by rubbish, ask yourself: do I really need all this, or is it the endowment effect?

After all, it’s just stuff.