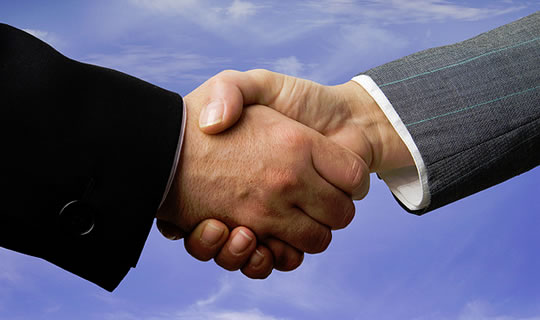 What can The Ultimatum Game tell us about how people cooperate?

Sometimes games have a lot to teach us about human nature, other times they’re just games.

One game that some economists and psychologists claim has much to teach us is called The Ultimatum Game.

The game is very simple. It’s played between two people who have to decide how to split an amount of money. Let’s say it’s $100.

One of the two people is randomly chosen to make an offer to the other about how to split the money between them. If the other person accepts this offer then they split it on that basis. But, if the other person rejects it, neither of them gets anything.

The reason some economists and psychologists have got excited about it is because of how people behave when they play this game. What you find is that most people make offers of splitting the cash somewhere between 40% and 50%. Generally speaking if an offer is made below about 30% it will be rejected by the other person more often than not.

The Ultimatum Game has been pointed to as a way of showing that humans are economically irrational. Why do people reject an offer of 25% of the total pot? If the pot is $100 then they are choosing between getting $25 or nothing at all. So why do they choose nothing at all?

The answer seems to be that people generally find offers below 30% to be insulting. It’s insulting that the other person should suggest such a derisory sum, even when it’s free money. So they prefer to have nothing and punish the other person’s greed. And remember the other person is losing $75 in this case whereas I’m only losing $25.

To the economist what players in the simplest version of this game are forgetting is that it’s a one-shot deal. It doesn’t matter if you aren’t fair, because the other person can’t get back at you. All you need to do is work out the minimum offer that’s likely to be accepted.

So really what the Ultimatum game is showing is that most people act fairly, or at least want others to see them acting in a fair way. In addition, any unfair behaviour is punished by the recipient of the offer.

Only an economist would argue that this is evidence of human irrationality. Acting fairly, or at least appearing to act fairly is a highly rational custom in a society in which we have to work together. Cheats, as they say, do not prosper.

So does The Ultimatum Game really tell us anything about human nature or is just further proof of how difficult it is to model human behaviour?

The optimist might say it tells us that people are mostly just and fair–or at least want to appear that way.

The pessimist, though, might say that people are being selfish because they have to make a judgement, consciously or not, about what offer will be accepted. Remember that it’s in the offerer’s interests to have his offer accepted or he won’t get any money at all.

What it certainly shows is how many psychological complexities can be drawn out of a very simple game like this.