The Power of Regret to Shape Our Future 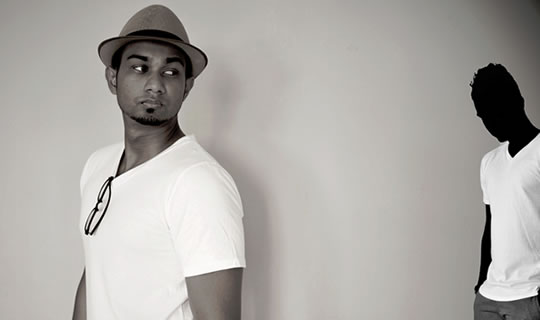 • Next article in this series: 4 Ways Benign Envy is Good For You

• Previous article: What “The Love Bridge” Tells Us About How Thoughts and Emotions Interact

Why people are reluctant to exchange lottery tickets, but will happily exchange pens.

Regret might not make a list of the most powerful emotions. It would probably include things like anger, happiness, jealousy, sadness and especially for us English, embarrassment.

We tend to think of regret as essentially a backward-looking emotion. We regret things in the past, like not trying hard enough in school, how we treated a friend or the things we said to our partner in the heat of an argument. In this sense you might argue that it’s useless: why regret something you can’t change?

But regret isn’t just a backward-looking emotion, it also looks forward and it can be a terribly powerful emotion which affects our behaviour in the here and now. That’s because we also have the power to anticipate feeling regret in the future, which we naturally try to avoid. My favourite example involves a simple study about lottery tickets and pens.

Would you swap the ticket?

In this study participants were given lottery tickets—not real ones, but organised by the researchers so that one person could win. Then they were asked if they would be willing to exchange them for another one which had an identical chance of winning (Bar-Hillel & Neter, 1996). To encourage them to switch tickets, they were offered a tasty truffle. Even though there was no difference between the tickets and there was a treat as an incentive, less than 50% of participants agreed.

Then the experiment was repeated with different participants, except this time, instead of lottery tickets, participants were given pens. As before they were offered a small incentive to make the switch. In this condition 90% of participants agreed to the swap.

Why the huge difference?

What is going on is that a pen is just a pen, but a lottery ticket is not just a lottery ticket. No matter what, all the pens are identical, but only one lottery ticket will actually win, although before the draw they all have the same chance of winning. What this means is that we can start using our imaginations, projecting ourselves forward into the future and thinking about possible consequences.

What if we decide to swap our lottery ticket and then it turns out to be the winning one? How will we feel then? It’s this anticipation of regret that stops people swapping their tickets.

Regrets, I’ve had a few

The odd thing is that some psychologists argue that anticipated regret may be stronger than the actual regret we would feel if our choices don’t work out.

Anticipated regret is such a powerful emotion that it can cause us to avoid risk, lower our expectations, steer us towards the familiar and away from new, interesting experiences.

We anticipate more regret when we go against the grain, when we make positive decisions ourselves, rather than letting the chips fall as they may.

And all for what? So that we can avoid something that won’t be that bad anyway and might not happen at all?

People sometimes boast that they have no regrets, which I don’t believe. But I’d like to hear them say they’ve got no anticipated regrets. That would be something to be proud of. After all, the past is gone, but we’ve still got a chance of shaping the future.