Why We Buy: How to Avoid 10 Costly Cognitive Biases 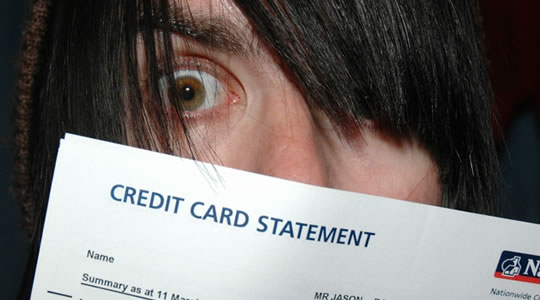 The psychology of money: post-purchase rationalisation, the relativity trap, rosy retrospection, the restraint bias and more…

We all make mistakes with money, some more than others. And in this economy, who needs it?

But many of these mistakes are avoidable if we can understand how we think about money. Here are 10 biases that psychological research has shown affect our judgement…and how to avoid them.

One of the biggest reason people lose out financially is they stick with what they know, despite much better options being available. We tend to choose the same things we chose before. And we continue to do this even when better options are available, whether it’s goods or services.

Research on investment decisions shows this bias (e.g. Samuelson & Zeckhauser, 1988). People stick to the same old pension plans, stocks and shares, even though there are better options available.

It’s hard to change because it involves more effort and we want to avoid regretting our decision. But there is better value out there if you’re prepared to look.

After we buy something that’s not right, we convince ourselves it is right.

Most people refuse to accept they’ve made a mistake, especially with a big purchase. Marketers know this, so they try to encourage part-ownership first, using things like money-back guarantees. Once you’ve made a decision, you convince yourself it was the right one (see: cognitive dissonance), and also start to value it more because you own it (e.g. Cohen et al., 1970).

Fight it! If the goods or services aren’t right, return them. Most country’s legal systems incorporate a cooling off period, so don’t rationalise, return it!

We think about prices relatively and businesses know this. That’s why recommended retail prices are set high, then discounted. Some expensive options on restaurant menus are there only to make the regular meals look reasonable in comparison.

The relativity trap is also called the anchoring effect. One price acts like an anchor on our thinking. It’s easy to fall for, but also easy to surmount by making comparisons they don’t want you to make (read more about the relativity trap).

Use price comparison websites. And try comparing across categories of goods. Is an iPad really worth a month’s groceries or three years of cinema trips or a new set of clothes?

We value things more when we own them. So when it comes to selling our stuff, we tend to set the price too high.

It’s why you sometimes see second-hand goods advertised at ridiculous prices. Unlike professionals, amateur sellers develop an emotional attachment to their possessions (read the research on 6 quirks of ownership).

It also works the other way. When bidding on eBay, it’s possible to feel you already partly own something before you actually buy it. So you end up paying above the market value.

When buying or selling you have to try and be dispassionate. Be aware that unless you set limits, your unconscious may take over.

In general humans prefer to get the pleasure right now, and leave the pain for later. Economists call this hyperbolic discounting.

In a study by Read and van Leeuwen (1998), when making food choices for next week, 74% of participants chose fruit. But when deciding for today, 70% chose chocolate. That’s humans for you: chocolate today, fruit next week.

The same is true of money. Marketers know we are suckers for getting discounts right now, so they hide the pain for later on (think mobile phone deals). Unfortunately buy now, pay later offers are often very bad deals.

One way to get around this is to think about your future self when making a purchasing decision. Imagine how ‘future you’ will see the decisions of ‘present you’. If ‘future you’ wouldn’t like it, don’t do it.

People tend to sell things when they go up in price, but hold on to them when they go down. It’s one demonstration of our natural desire to avoid losses. This effect has been seen in a number of studies of stock-market trading (e.g. Weber & Camerer, 1998).

The fact that prices are falling, though, is a big clue. If you can fight the fear of losing, in the end it could leave you better off.

Advertising works partly because we like what we know, even if we only vaguely know it. We even choose familiar things when there are clear signals that it’s not the best option (Richter & Spath, 2006).

We tend to remember our decisions as better than they really were.

This is a problem when we come to make similar decisions again. We have a bias towards thinking our previous decision was a good one; it could be the holiday, house or car you chose (e.g. Mitchell & Thompson, 1994). That’s partly why we end up making the same financial mistakes again: we forget we made the same mistake before.

Before making an important financial decision, try to dredge up the real outcomes of previous decisions. Only without the rose-tinted spectacles can we avoid repeating our mistakes.

The word ‘free’ has a magical hold on us and marketers know it. Behavioural economics research shows we sometimes take a worse deal overall just to get something for free. Watch out if you are offered something for ‘free’ as sometimes the deal is not that good.

Many mistakes with money result from a lack of self-control. We think we’ll control ourselves, but, when faced with temptation, we can’t. Studies like Nordgren et al., (2009) show people are woefully optimistic in predicting their self-control.

So, don’t put yourself in the situation of being tempted. This is why cutting up credit cards is often recommended. We’re mostly weaker than we think, so we shouldn’t give ourselves the opportunity.