The Right Kind of Visualisation 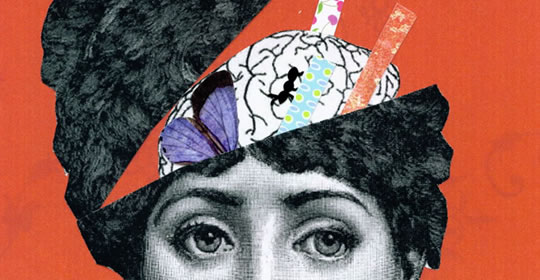 Is what you see, really what you get?

There are some wild claims out there for the power of visualisation.

Things like: if you can imagine it, then it will come to you. Of course there’s always been a huge market for telling people things they want to hear, even if it’s complete rubbish.

Still, visualisation can certainly be important in reaching goals. Much research has been conducted in athletics which shows the power of visualisation. Athletes are encouraged to experience their sporting behaviour in advance to enhance their performance.

There is now hardly a sport left that doesn’t have psychologists telling players to visualise their performance.

Visualisation is also used in psychological therapies to help people change their behaviour. Alcoholics, for example, are told to visualise how they will deal with situations in which they’re tempted to drink.

So, we know that visualisations can be effective in helping us reach goals. But visions about the future come in many different forms. How do we know we’re performing the right sort of visualisation?

Popular self-help books would have us believe that mentally simulating the outcome will help us achieve it. So if we imagine ourselves getting that promotion, meeting the partner of our dreams or just giving the house a spring clean, it will make us more likely to achieve our goal.

We’ve already seen the dangers of fantasising about future success. But perhaps a more effective way of visualising the future is to think about the processes that are involved in reaching a goal, rather than just the end-state of achieving it.

Outcome and process have been put head-to-head experimentally by Pham and Taylor (1999) who had students either visualise their ultimate goal of doing well in an exam or the steps they would take to reach that goal, i.e.  studying.

The results were clear-cut. Participants who visualised themselves reading and gaining the required skills and knowledge, spent longer actually studying and got better grades in the exam. (Interestingly, though, the relationship generally found between time spent studying and good grades is surprisingly weak.)

There were two reasons the visualising the process worked:

One of the reasons just visualising an outcome doesn’t work is the planning fallacy. This is our completely normal assumption that everything will be much easier than it really will be. It still strikes people, even after years and years of experience. We continually fail to anticipate just how much of any plan can and will go wrong.

Thinking about the process, though, helps to focus the mind on potential problems and how to overcome them.

Just dreaming about a goal may actually be worse than ineffective, it may reduce our performance. In the current study participants who just envisioned a successful outcome studied less and actually had reduced motivation.

So, be careful what you wish for. Instead visualise how you might achieve it.