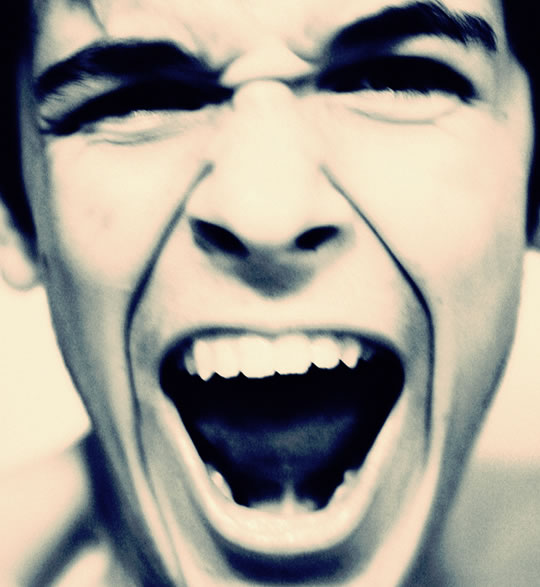 • Next article in this series: 8 Ironic Effects of Thought Suppression

The hydraulic theory of the emotions is a misleading metaphor.

After suffering a traumatic experience, ‘common sense’ has it that immediately ‘venting’ or ‘letting off steam’ by talking about the experience helps protect against future psychological problems. But is this really true?

That’s the question Dr Mark Seery from the University of Buffalo and colleagues ask in a study that examined how people coped with the aftermath of the ‘9/11’ terrorist attacks on the World Trade Center in New York.

The answer to this question is particularly pressing now as the recent earthquake in China has left huge numbers both physically and psychologically traumatised. The Chinese government clearly thinks that psychological intervention is useful as they have launched their biggest ever programme of counselling for those affected.

Yet the research, published in the Journal of Consulting and Clinical Psychology, suggests that talking about thoughts and feelings after a trauma may not help. Worse, it may be psychologically damaging (Seery et al., 2008).

This study’s first set of data was collected on the day of September 11th 2001. As people sat at home trying to digest the shocking events of the day, 36,000 people were contacted through the internet. These people were part of a pre-selected nationally representative sample of participants who had already agreed to receive regular requests for surveys.

They were simply prompted to express whatever thoughts and emotions were currently on their minds, should they choose to do so. Of all these people, 2,138 people were followed up over a period of two years after 9/11 to see how they coped with the collective trauma.

The aim of the researcher’s prompt was to make it similar to a psychologist asking someone to share their experience after they witness a traumatic event. Naturally some people choose to share and others don’t. In this study 1,559 chose to respond while 579 remained silent.

What they found was that choosing to respond to the prompt was a significant predictor of suffering post-traumatic stress (PTS). What’s more, the longer the response, the greater the level of subsequent PTS.

This suggests that, contrary to popular expectations, expressing thoughts and emotions soon after a traumatic event – ‘letting off steam’ or ‘venting’ – might actually predict a worse psychological outcome.

Although this is a strong finding in a large nationally representative sample, some alternate explanations are possible. Here are the main ones the authors consider:

It’s important to note that this study is NOT strong evidence that talking about an event actually CAUSES a worse psychological outcome, just that remaining silent isn’t necessarily a bad thing.

If accurate these results stand in stark contrast to what has become the accepted wisdom. Offering psychological counselling in the aftermath of traumatic events has now become a normal, automatic official response. Popular techniques include ‘Critical Incident Stress Debriefing’ which is thought to reassure trauma sufferers that their responses are normal and help reduce the chances of PST.

These techniques are in line with the ‘hydraulic theory’ of the emotions – a popularly held view of how the emotions work. In this view, people’s emotions work in the same way as a pressure cooker. Emotions build up inside until the mind can no longer contain the pressure. Then steam is ‘let off’, releasing the pressure inside and improving the mood.

People who choose not to let off steam in this way are popularly seen as being in denial, and this denial is often seen as pathological.

In recent years, however, the hydraulic metaphor and the therapies that implicitly rely on it have been seriously questioned. Studies on ‘Critical Incident Stress Debriefing’ have not only found that the technique may provide no benefit to trauma sufferers, but that it also may be harmful.

This study is also backed up by previous work carried out by Professor Bernard Rime from the Universite Catholique de Louvain. Rime and colleagues have found that despite the fact that people are likely to share their feelings after an emotional event, this sharing does not promote recovery.

So it’s time to throw out the old hydraulic metaphor and its attendant rapid intervention therapies. Just because some people prefer to deal with a trauma quietly on their own doesn’t mean there’s anything wrong with them. While most people do choose to share with others, this immediate sharing probably isn’t a major contributor to psychological recovery.