Why The Chinese Are Getting Richer But Not Happier 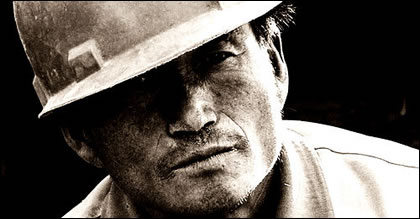 The rapidly developing Chinese economy has a hard lesson to teach developed nations about the happiness of the majority.

We all have an intuitive sense that the society we live in has a huge effect on our lives. It’s almost impossible not be influenced by the way other people treat us, the values they hold and the way they behave.

But because we are so used to these effects they become subliminal, automatic – they’re so embedded in our everyday lives that we’re unaware of them. Sometimes it’s only possible to understand our own society by looking at another. One of the most interesting, because of its incredible rate of change, is China.

Data examined in a new study to be published in the Journal of Happiness Studies highlights a striking paradox in the expanding Chinese economy. While the Chinese are getting richer, they don’t seem to be getting happier – in fact they’re getting more unhappy. This paradox may have much to teach other expanding societies about the perils of financial inequality.

Set against this impressive financial boom is a surprising story coming out of research into Chinese happiness over this decade. In 1990 28% of Chinese people described themselves as very happy, but by 2000 this figure had dropped to 12%. When asked about their satisfaction with life, the story was the same: in 1990 the average was 7.3 (out of 10), but by 2000 it had dropped to 6.5. This drop was seen across rural and urban China and in almost every income bracket.

So what can explain the Chinese experience of decreasing happiness and life satisfaction alongside so many being released from poverty? In a new article Professor Hilke Brockmann from Jacobs University in Bremen, Germany and colleagues argue that the answer largely comes down to an increasing disparity between rich and poor (Brockmann, Delhey, Welzel & Hao, In Press).

In China, like many other societies around the world, the rich have accelerated away from the mean income level rapidly, leaving the rest of society looking on jealously. It’s just that in China it has happened very quickly and so the results are particularly pronounced.

While many Chinese are getting richer in absolute terms, they are not getting richer in relative terms; on the contrary, relatively they feel poorer. As average income levels are pulled higher by the small minority of rich and super-rich, more and more people feel poorer in comparison. As a result they feel less satisfied with life and less happy. This is exactly what seems to have happened in China in the decade between 1990 and 2000.

Professor Hilke Brockmann and colleagues, therefore, used the data to examine two other plausible explanations for declining levels of happiness:

The results showed that in both rural and urban China in 1990 financial worries played practically no part in predicting life satisfaction or any of the other measures. In 1990 financial dissatisfaction had little effect on how satisfied people were with life. Life satisfaction was explained by whether people had a partner or how subjectively powerless they felt (a question designed to access anomie).

But by 2000 the picture had changed dramatically with financial dissatisfaction becoming one of the leading predictors of people’s life satisfaction, or rather lack of satisfaction. While subjective powerlessness was still important, no significant changes were seen in this across the decade. This suggests that it really is the change in relative income levels that is causing the decline in people’s satisfaction with life, compared to the other two possible explanations.

Professor Hilke Brockmann and colleagues use the term ‘frustrated achievers’ to describe a huge swathe of Chinese society who are now doing much better in absolute terms. But because their position relative to the average is declining, they feel less satisfied with life.

It is another reminder how, when we think about money, what counts is relativity.This idea of frustrated achievers might also be relevant outside rapidly growing economies like China. In countries where the gap between rich and poor is already large, and still growing, it probably describes large groups of society who look at the rich and wonder what they have done wrong; despite the fact the answer is probably: nothing.

It is another reminder how, when we think about money, what counts is relativity. Humans are hard- (and soft-) wired to be social creatures, we can’t avoid comparing ourselves to others, no matter how hard we try. In societies where the rich are very rich, the relative differences are shoved in our faces. And it never feels good to be reminded we’ve got less than others.

» Read more on the science of happiness.

» Read more on the psychology of money.