The Attitude-Behaviour Gap: Why We Say One Thing But Do The Opposite 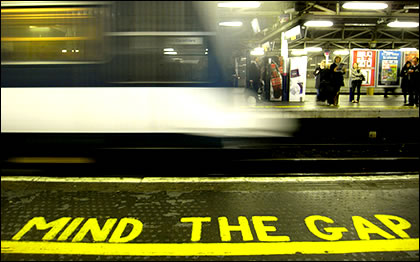 Mind-myth 4: It’s only natural to think a person’s attitudes and behaviours are directly related. If someone says, while truly believing it, that they’re not a racist, you’d expect them to behave consistently with that statement. Despite this, psychologists have found that the link between a person’s attitudes and their behaviours is not always that strong. In fact people have a nasty habit of saying one thing then doing the opposite, even with the best of intentions.

You see it all the time. People say they’re worried about global warming and yet they drive around in a big gas guzzler. They say that money isn’t their God, yet they work all the hours. They say they want to be fit but they don’t do any exercise.

The discovery of the extent of people’s blatant hypocrisy goes back to 1930s America and the work of a Stanford sociology professor, Richard LaPiere. In the early 30s he was on a tour across California with some close friends who happened to be Chinese. LaPiere was worried that they would encounter problems finding welcoming restaurants and hotels because of his Chinese friends.

So it sounds like a happy ending: perhaps the papers had just exaggerated people’s negative attitudes towards Chinese people? But when LaPiere got home he started to wonder why there was such a gap between what the newspapers were reporting about people’s attitudes and their actual behaviour. To check this out he decided to send out a questionnaire to the restaurants and hotels they had visited along with other similar places in the area (LaPiere, 1934).

The questionnaire asked the owners about their attitudes, with the most important question being: “Will you accept members of the Chinese race in your establishment?” The answers they could give were:

LaPiere himself argued that the problem lay in the questionnaire. The questions themselves cannot represent reality in all its confusing glory. What probably happened when people were asked if they accept Chinese people was that they conjured up a highly prejudiced view of the Chinese which bore little relation with what they were presented with in reality.

Here was a polite, well-dressed, well-off couple in the company of a Stanford University professor. Not the rude, job-stealing, yobbish stereotype they had in mind when they answered the questionnaire.

This study has actually been subsequently criticised for all sorts of reasons. Nevertheless its main finding – that people don’t do what they say they will in many situations – has been backed up by countless later studies, although in more sophisticated fashion. The question is: why?

This has led to a whole raft of studies and theories searching for connections between people’s attitudes and their behaviour. Many a lengthy tome has been dedicated to explaining the divergence. Some of the factors that have been found important are:

Despite these findings, the picture is extremely complicated and frustratingly inconclusive. Perhaps as a result interest in this area has been waning amongst psychologists. The exact way in which people’s attitudes and behaviour are connected remains a mystery. All we can say with certainty is that people are frequently extremely inconsistent.