War, Peace and the Role of Power in Sherif’s Robbers Cave Experiment 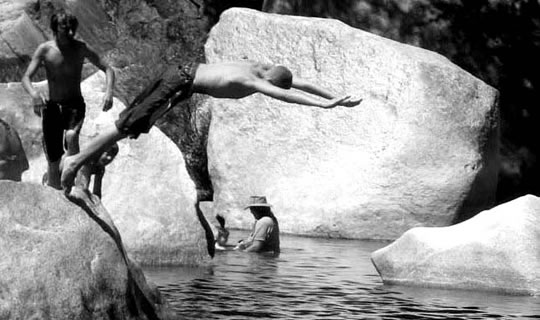 • Next article in this series: Our Dark Hearts: The Stanford Prison Experiment

• Previous article: How and Why We Lie to Ourselves: Cognitive Dissonance

Sherif’s Robbers Cave experiment, a classic study of prejudice and conflict, has at least one hidden story.

The typical retelling of Sherif’s classic Robbers Cave experiment highlights the resolution of intergroup prejudice, but recent interpretations suggest a darker conclusion that demonstrates the corrupting influence of power.

The Robbers Cave experiment, a classic study of prejudice and conflict, has at least one hidden story. The well-known story emerged in the decades following the experiment as textbook writers adopted a particular retelling. With repetition people soon accepted this story as reality, forgetting it is just one version of events, one interpretation of a complex series of studies. As scholars have returned to the Robbers Cave experiment another story has emerged, putting a whole new perspective on the findings.

First though, the more familiar story…

In this experiment twenty-two 11 year-old boys were taken to a summer camp in Robbers Cave State Park, Oklahoma, little knowing they were the subjects of an experiment. Before the trip the boys were randomly divided into two groups. It’s these two groups that formed the basis of Sherif’s study of how prejudice and conflict build up between two groups of people (Sherif et al., 1961).

When the boys arrived, they were housed in separate cabins and, for the first week, did not know about the existence of the other group. They spent this time bonding with each other while swimming and hiking. Both groups chose a name which they had stencilled on their shirts and flags: one group was the Eagles and the other the Rattlers.

The two groups now established, the experiment moved into its second phase. For the first time the two groups were allowed to find out about each other and soon the signs of intergroup conflict emerged in the form of verbal abuse.

A little name-calling wasn’t enough, though. The experimenters wanted to increase the conflict substantially. To do this they pitted the groups against each other in a series of competitions. This ratcheted up the antagonism between the two groups, especially once all the team scores were added up and the Rattlers won the overall trophy for the competitive activities. They didn’t let the Eagles forget it.

The Rattlers staked their claim to the ball field by planting their flag in it. Later on each group started name calling at the other and singing derogatory songs. Soon the groups were refusing to eat in the same room together.

With conflict between the groups successfully instigated, the experiment now moved into its final phase. Could the experimenters make the two groups kiss and make up? First of all they tried some activities in which the two groups were brought together, such as watching a film and shooting firecrackers, but neither of these worked.

The experimenters then tried a new approach. They took the two groups to a new location and gave them a series of problems to try and solve. In the first problem the boys were told the drinking water supply had been attacked by vandals. After the two groups successfully worked together to unblock a faucet, the first seeds of peace were sown.

In the second problem the two groups had to club together to pay for the movie they wanted to watch. Both groups also agreed on which movie they should watch. By the evening the members of both groups were once again eating together.

The groups ‘accidentally’ came across more problems over the next few days. The key thing about each of them was that they involved superordinate goals: boys from both groups worked together to achieve something they all had an interest in. Finally all the boys decided to travel home together in the same bus. Peace had broken out all over.

Sherif reached an important conclusion from this study, and other similar work carried out in the 1940s and 50s. He argued that groups naturally develop their own cultures, status structures and boundaries. Think of each of these groups of boys as like a country in microcosm. Each country has its own culture, its government, legal system and it draws boundaries to differentiate itself from neighbouring countries. From these internal structures, the roots of conflict in both the groups of boys and between countries are created.

One of the reasons Sherif’s study is so famous is that it appeared to show how groups could be reconciled, how peace could flourish. The key was the focus on superordinate goals, those stretching beyond the boundaries of the group itself. It seemed that this was what brought the Rattlers and the Eagles back together.

What is often left out of the familiar story is that it was not the first of its type, but actually the third in a series carried out by Sherif and colleagues. The two earlier studies had rather less happy endings. In the first, the boys ganged up on a common enemy and in the second they ganged up on the experimenters themselves. How does this alter the way we look at the original Robbers Cave experiment?

For psychologist Frances Cherry it is the second experiment which makes this analysis plausible. When the boys rebel against the experimenters, they showed understanding of how they were being manipulated (Cherry, 1995). Although the Robbers Cave experiment is, in some sense, the ‘successful’ study, taken together with the other two it is more realistic. In reality, Cherry argues, it is more often the case that groups hold unequal amounts of power.

Unequal levels of power between groups fundamentally changes the dynamic between them. Whether it’s countries, corporations, or just families, if one group has more power, suddenly the way is open for orchestrated competitions and cooperation, not to mention manipulation. Manipulating other groups, though, is a dangerous game, and weaker groups don’t always play by the rules set for them. Perhaps this is the more subtle, if less enduring message of the Robbers Cave experiment and its supposedly less successful predecessors.