In her new book

, Elyn, R. Saks describes the monumental challenges she faced in her journey through madness, but this autobiography is profoundly hopeful. Highly recommended.

Elyn R. Saks does, and she is determined her diagnosis will not be a death sentence. In her new book ‘The Center Cannot Hold

‘, the Professor of Law, Psychology, and Psychiatry at the University of Southern California tells the story of her ongoing battle with schizophrenia. Considering the psychotic breaks she endures, it is incredible she’s managed to build a successful academic career. And yet she has, and this book is the story of her battle through madness, searching for some understanding of the illness she is both fighting and trying to accept as part of herself. 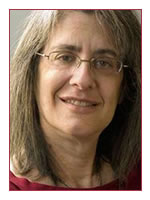 Battle. Fight. Struggle. These are all words Saks uses to describe her experience. Nothing sets off these battles more effectively than transition points. When she leaves home to go to university, when she returns home from university, when she begins her academic career, when she has to present a paper at a conference. Each time she’s forced through a period of change or stress, her illness gets worse. Again and again she retreats to the barricades of her mind, sometimes winning, sometimes losing and ending up in hospital.

The descriptions of madness produce some otherworldly writing. Saks recreates the so-called ‘word salad’ (schizophasia) that is often characteristic of those having psychotic breaks. At their first meeting one psychiatrist asks her name:

“My name is Elyn. They used to call me ‘Elyn, Elyn, watermelon.’ At school. Where I used to go. When I am now and having trouble.’

“What kind of trouble?” she asked.

“There’s trouble. Right here in River City. Home of the New Haveners. Where there is no heaven, new or old. I’m just looking for a haven. Can you give me a haven? Aren’t you too young? Why are you crying? I cry because the voices are at the end of time. Time is too old. I’ve killed lots of people.”

“There’s the killing fields,” I said. “Heads exploding. I didn’t do anything wrong. They just said ‘quake, fake, lake.’ I used to ski. Are you trying to kill me?”

Like many suffering from serious mental illness, Saks has a love-hate relationship with medication, which is both sworn enemy and occasional saviour. Anti-psychotics in hefty doses can work wonders for some people, clearing the fog of psychosis. But they also exact a price. Side-effects include rapid involuntary movements like lip smacking and rapid blinking, behaviours that can be permanent. The drugs can also cause impotence, lethargy, weight gain and…the list goes on.

Saks’ doctors tell her to keep taking the drugs, but she is scared the side-effects will become permanent. For Saks, the very fact that drugs are required is a sign of weakness; she is continually trying to wean herself off medication, but normally with disastrous consequences.

Saks is well aware of the stigma attached to schizophrenia, learning her lesson early that job offers do not come unless she is economical with the truth. She explains that people with schizophrenia are not psychotic all the time, they have ‘psychotic breaks’ which vary in frequency from one person to another. They are not dangerous to others – their behaviour and language might appear frightening but they pose the greatest threat to themselves.

Through her life she shows it is possible for people with schizophrenia to have a life, to work, to find love, although sadly Saks may be an exception to the general rule.

It is clear that her illness influenced Saks in her choice of academic discipline. Early in her career she worked for a charity championing the rights of those with psychiatric diagnoses. Later she explored the legal ramifications of multiple personality disorders. Now, as a professor at USC she is a leading expert in mental health law.

Although Saks describes many depressing things, ultimately this is not a depressing book. Yes, it is an honest portrayal of inner torture, but the book is also filled to the brim with determination. Here is a woman who will not give in to the vagaries of her body, who finds a way around, through or under the obstacles life throws at her. From this determination emerges hope. Hope for the future. For Saks, like all of us, nothing is more important than hope.

» Buy ‘The Center Cannot Hold: My Journey Through Madness