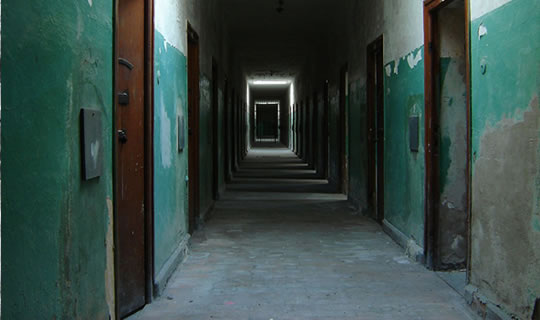 • Next article in this series: Stanley Milgram: Obedience to Authority Or Just Conformity?

The experiment that inspired a novel, two films, countless TV programs, re-enactments and even a band.

The best psychological experiments ask timeless questions about human nature, like what makes a person evil? Can a good person commit evil acts? If so, what can make people cross the line? Is there some set-point which when crossed unleashes the evil? Or is it something about the situations in which people are placed that determines our behaviour?

This nomination for the best social psychology research – the famous ‘Stanford Prison Experiment’ – argues a strong case for the power of the situation (Zimbardo, 1971). Not only that but the experiment has also inspired a novel, two films, countless TV programs, re-enactments and even a band. More on that later, first the experiment.

The idea was simple: to see how ordinary men, chosen to be the most healthy and ‘normal’ would respond to a radical change to their normal roles in life. Half were to become prison guards, the other half their prisoners. In this experiment there were no half-measures, for it to be effective it had to closely approximate the real experience of prisoners and guards. These participants were in for the ride of their lives.

‘Prisoners’ were ‘arrested’ by a police car with sirens wailing while they were out going about their everyday business. Then they were fingerprinted, blindfolded and put in a cell, then stripped naked, searched, deloused, given a uniform, a number and had a chain placed around one foot.

The other participants were made into guards who wore uniforms and were given clubs. A prison was mocked up in the basement of a Stanford University building.

And so the experiment began.

All was quiet until the second day when the ‘prisoners’ rebelled against their incarceration. The guard’s retaliation was swift and brutal. Guards stripped the prisoners naked, removed the beds from the prison, placed the rebellion’s ringleader in solitary confinement and began harassing all the ‘prisoners’.

Soon the ‘prisoners’ began behaving with blind obedience towards the prison guards. After only a few day’s realistic role-playing participants reported it felt as though their old identities had been erased. They had become their numbers. So too had the ‘guards’ taken on their roles – taunting and abusing their prisoners.

Even the lead researcher, Philip Zimbardo, admits he became submerged in his role as the ‘prison superintendent’. In fact, Zimbardo believes the most powerful result of his experiment was his own transformation into a rigid institutional figure, more concerned with his prison’s security than the welfare of his participants.

Other members of the experimental team became engrossed in their new role. Craig Haney, like Zimbardo, explained he became completely engaged in the day-to-day crises they were facing in running the ‘prison’ and forgot about the aim of their experiment.

It was only when one of his colleagues intervened that the experiment was finally stopped. In total it only lasted six of the planned 14 days. Young men previously found to be pacifists were, in their roles as guards, humiliating and physically assaulting the ‘prisoners’ – some even reported enjoying it. The ‘prisoners’, meanwhile, quickly began to show classic signs of emotional breakdown. Five had to leave the ‘prison’ even before the experiment was prematurely terminated.

The psychological explanation for the participant’s behaviour was that they were taking on the social roles assigned to them. This included adopting the implicit social norms associated with those roles: guards should be authoritarian and abuse prisoners while prisoners should become servile and take their punishment.

Inevitably the experiment has attracted criticism for being unethical, involving a small sample size, lack of ecological validity and so on. Despite this it’s hard to deny that the experiment provides important insights in to human behaviour, perhaps helping to explain the abuses that occurred in situations like the Abu Ghraib Prison.

Does this experiment mirror what occurs in real prisons? Probably. Writing in Inside Rikers: Stories from the World’s Largest Penal Colony

Jennifer Wynn interviews prison guards from New York City’s largest penal colony, Rikers Island. One captain explained that guards easily become used to the level of violence inflicted on inmates – it’s part of the job and they soon become immune. Some can’t understand how they become different people at work.

Levels of violence against prisoners were so bad in one unit, called the ‘Central Punitive Segregation Unit’ of Rikers’, that almost a dozen guards were officially charged with assaulting inmates in 1995. Eventually the inmates won $1.6 million dollars in compensation. This is just one example.

The study is now so well-known it has crossed over into popular culture. It has inspired a novel, Das Experiment

by Mario Giordano, which was later filmed, and a new movie by the writer of the Usual Suspects is slated for filming. The experiment has also been covered or recreated in countless TV shows, most notably on the BBC.

Not only this, but the experiment has even inspired the name of a band. ‘Stanford Prison Experiment’ released their first eponymously titled album

in 1994, following up a year later with ‘The Gato Hunch’. What other psychology study can say it’s got a band named after it?