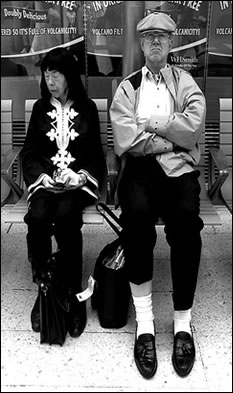 [Photo by Mr November]
That’s it, I’ve had enough. I’m fed up with endless bogus stories claiming substantial differences between men and women which pass for news in the popular press. With the help of Janet Shibley Hyde of the University of Wisconsin-Madison and literally thousands of psychology studies, this myth can be banished forever (Hyde, 2005).

Hyde has reviewed evidence from studies on:

The bottom line is that if someone tells you men are more aggressive, have better motor performance or have different attitudes to sex than women, then you can believe them. If it’s anything else, the differences between men and women are probably very small or non-existent.

Continued overinflated reports of differences between men and women are damaging to all of us: