Expressing Negative Experience is Both Symptom and Cure 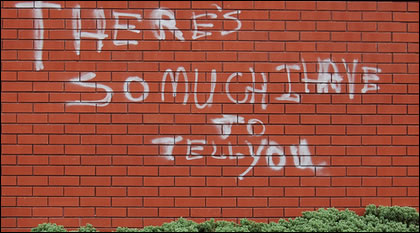 Here’s a puzzle. Some of my favourite research in psychology finds that expressive writing can benefit both physical and mental health. And yet research on the social sharing of negative experience tells us that it doesn’t change the original memory and fails to bring relief. How come benefits are seen from expressive writing – which is often about sharing negative experience – and yet social sharing of emotions doesn’t bring relief? Let’s take a closer look.

Many of the expressive writing studies have been carried out by Professor James Pennebaker at the University of Texas and colleagues. A typical experiment involves one group writing down their thoughts and feelings for a period (Pennebaker & Chung, in press). The second control group write for the same time, but on a superficial subject. Time after time the expressive writing group show a variety of benefits. Most notably they improve on psychological and physiological outcomes, with some studies showing the practice is more effective than types of therapy.

This is a really well researched area with more than 150 studies published since the first one in 1986. Many different aspects have been examined: the subjects that people write about, whether they concentrate on the good or the bad and how writing compares to talking to yourself or talking to others.

The findings from the expressive writing studies generally fit in with how we expect our emotional worlds to work (although the magnitude of the findings is surprising). Specifically: bottling up or keeping your emotions inside is detrimental. Using expressive writing or other techniques to let them out, however, is likely to be beneficial.

Not so fast – life is rarely that simple.

In fact, it turns out from a series of studies conducted by Bernard Rime (Universite catholique de Louvain) and colleagues, that socially sharing an emotion does not actually bring emotional relief. In other words: letting it out doesn’t help.

When all the participants were followed up two months later, the effect of sharing had no impact on the memory of their most upsetting event. Despite this, those in the emotional sharing condition still thought the experience had been beneficial to them.

In fact, it’s worse than that, people who continue to share negative experiences tend to show less recovery.

So, how to solve this puzzle? First, the research says it’s possible to benefit from expressive writing, then it says letting your emotions out is associated with lack of recovery from negative emotional experiences. What’s going on?

Ultimately these two lines of research are fascinating precisely because they are unexpected. Sharing negative experience is supposed to reduce the emotional aftershock. Research says no. Surely expressive writing is too benign an activity to make any difference? Again, wrong – it actually has quite a beneficial effect. Resolving their divergent conclusions, however, will have to wait for future research.

» More on how affectionate writing can reduce cholesterol