Optimists and Realists Seen In Better Light Than Pessimists 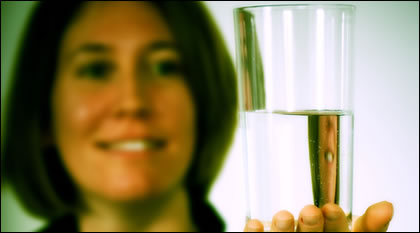 …although we’re just as likely to provide support to optimists, pessimists and realists alike.

Being an optimist is supposed to be good for health, success and happiness. But does optimism have a downside in that other people think you’re self-deluded, mindless and just plain annoying? And on the flipside, how do people view pessimists? In particular, do we tend to shy away from helping out pessimists when they are in trouble?

Perceptions of optimists, pessimists and realists

In a recent study published in The Journal of Positive Psychology carried out by Vollmann, Renner and Weber (2007) participants listened to one of three conversation between two flatmates. In one the target person talked in an optimistic way about a moderately stressful relationship-related situation, in the second in a realistic way and in the third their response was pessimistic.

Afterwards participants were asked to provide a rating of how they evaluated the target’s personality, how much they were attracted to the target and whether they would provide them with social support.

1. Good news for optimists
Contrary to some people’s view, optimists are generally seen in a positive light – so not much sign of optimists as ‘mindless’ and ‘self-deluded’. But, if you’re an optimist, this is exactly what you expected, right?

2. Bad news for pessimists
Sorry pessimists, it seems as if you are viewed in a more negative way than optimists and realists. Other people are probably slightly put off by your view of the world. In particular they rate the ‘effectiveness’ of pessimistic behaviour very poorly. But if you’re a pessimist you probably suspected that, right?

3. Good news for pessimists
Despite their slightly more negative view, though, it seems people are just as likely to help out a pessimist who is in need.

4. Great news for realists
Realists, however, have the best of all worlds. They consistently get ratings equivalent to optimists, but their attitudes and behaviours are seen as more ‘adequate’ than both optimists and pessimists.

A criticism of this study was that it only looked at perceptions of how a person reacted to a relationship-related stressful situation. So these results cannot be applied to different situations. However, in a further study, Vollmann, Renner and Weber (2007) widened the generalisability of the findings by looking at an achievement-related situation.

Here the experimental procedure was exactly the same except this time the target person that participants were listening to was talking about applying for a dream job. As before three different groups listened to an optimistic, pessimistic and realistic reaction to the situation.

1. More bad news for pessimists
I’m sorry to say that pessimists came off even worse in this second ‘achievement-related’ study. The pessimistic target’s behaviour was consistently perceived as significantly less adequate, less effective and even less interpersonally attractive than both optimists and realists.

2. Small silver lining
Despite these negative ratings, people are still just as likely to provide social support to a pessimist as they are to both optimists and realists.

This research was partly motivated by the finding that pessimists report receiving less social support than optimists. And as high social support is related to positive health outcomes, this is a worrying trend. This study suggests, though, that people are just as likely to offer social support to both optimists and pessimists. So, what’s going on?

An intriguing possibility is suggested by Vollmann, Renner and Weber (2007). This is that optimists do not actually receive any greater levels of social support than pessimists – they just think they do. This in turn leads to more positive health-related outcomes. So, optimists might really be ‘thinking themselves better’!

Bear in mind, though, that this last point is speculation and there is no evidence from the current study about the causal direction. Still, though, sounds pretty convincing doesn’t it?