3 Reasons Life is Worth Living From Positive Psychology 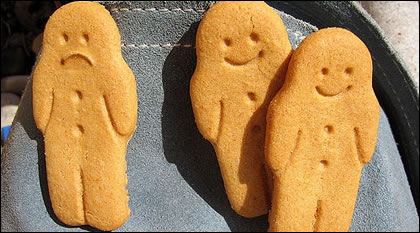 For decades psychologists were almost exclusively concerned with alleviating mental distress. No bad thing of course – psychological knowledge has contributed to great strides in the treatment and understanding of mental illness. But to only study pathology, damage and weakness in humanity is to leave out half the picture. What about human strengths, human virtues and human excellence – surely these are worth studying too?

In the last few decades the positive psychology movement has recognised this need for research into what makes us happy, what makes us excel and how these things might be enhanced. Acknowledging this important movement, over the coming weeks PsyBlog will be looking at some of the research emerging from this area. We start with three reasons life is worth living to whet your appetite.

1. Evolution drives us towards happiness.

Imagine humans had never discovered sport. The idea of ‘sport’ is a concept that has evolved over human history to mean a particular type of competition that’s a bit like war, but in which (generally) no one dies (this analogy applies better to some sports than others!).

Now think about writing, or cooking or cinema or many other things that most of us enjoy doing or consuming. These were not invented in their totality by one person – they evolved. Each started off in relatively primitive guises and have now evolved to their current state of sophistication. And they’ll certainly go on evolving from here.

The ‘ideas’ involved in each of these pursuits have been technically referred to as ‘memes’. Like a gene, only for ideas. The meme, therefore, is a unit of cultural information that travels from one person to the next, living in the mind from where it can mutate and replicate or die out.

What I’m driving at is that effectively, over time humans have naturally selected memes that tend to bring about maximal experience, and we will continue to do so (Massimini & Delle Fave, 2000).

Each of us then plays a part, however small, in evolving new and engrossing forms of maximal experience.

2. Optimism is good for you

The British national character is pretty cynical and I sometimes think optimism is viewed as a form of mental illness. British people like to say things like: “If I imagine the worst then I won’t be disappointed”. Oh dear. It’s not just the British that are down on optimism – many people often think optimists are unrealistic and self-deluding.

Conversely much of the research on optimism suggests how good it is for you: it may protect us from illness, it puts us in a better mood; while optimists are more likely to be successful and to persevere at a task. There’s even a fantastic series of studies showing that people higher in hope and optimism are more likely to seek out unfavourable information about their disease. So not only do they expect a better outcome, they’re actually better informed.

3. The search for excellence

Human excellence comes in many forms. It can refer to how well children do in school, especially those who are gifted. Indeed, unlike the stereotypical view of gifted children as outcasts and freaks, research is finding they are frequently well-adjusted and enjoy supportive family environments.

Finally, research has recently been revived into that most ancient of virtues: wisdom. Some fascinating findings are currently coming out of the ‘Berlin wisdom paradigm’. Amongst these are that high levels of wisdom appear to be rare, wisdom appears in late adolescence and early adulthood and age doesn’t seem to be the sole, or even main, requisite for wisdom.

If you can’t wait until then, check out the Positive Psychology Center at the University of Pennsylvania which has loads more to keep you going.

This post is largely based on research reported by Seligman and Csikszentmihalyi (2000) [Word Doc, 87Kb].