Sex Doesn’t Sell (Neither Does Violence) 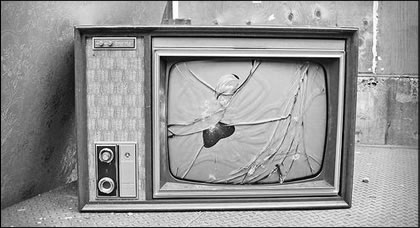 People think sex sells. Advertisers know it, TV and film producers believe it and the internet was built on it. But does sex really help sell products, or is it just one of those expressions ad execs use so they can wile away an afternoon choosing models?

Parker and Furnham (in press) decided to test whether sex really does sell using an experiment with a total of four conditions. In the first two conditions participants watched an episode of ‘Sex in the City’ specially chosen for its even higher than normal sexual content. Apparently it’s the one where:

“Charlotte panics about her ‘bed-manner’ when her lover Dr. Bram Walker dozes off in bed once after a gruelling day of surgery, so she takes a tantric class – signing up all four girls; it’s given by hands-on demonstration by a couple of psychologists.”

Then in the second two conditions the TV programme chosen was Malcolm in the Middle, also a comedy drama, but one that is suitable for the whole family. The ads embedded in this again either had high or low sexual content.

After watching the programmes participants were tested for their recall of the ads. The results are a blow for our budding ad execs.

There was no significant difference in ‘brand recall’ between the adverts that used sexual content and those that didn’t. Worse (for our beloved ad execs) the sexual content of ‘Sex in the City’ actually reduced the recall of the embedded adverts.

Actually, surprising and counter-intuitive as this finding may seem, the researchers had been expecting it. Previous work by Bushman (2005), using a similar experimental design also suggested sex doesn’t sell.

Not only that but Bushman (2005) also tested how violence in the television programme affected ad recall. Again, they found it had no beneficial effect on selling products.

There was, however, one finding from Parker and Furnham’s study that was absolutely in line with expectations. They found men were more likely to remember ads with sexual content than women.

Well, at least there are some intuitions we can rely on.

Parker, E. and Furnham, A. (in press) Does Sex Sell? The Effect of Sexual Programme Content on the Recall of Sexual and Non-Sexual Advertisements. Applied Cognitive Psychology.