Happiness is Right Outside 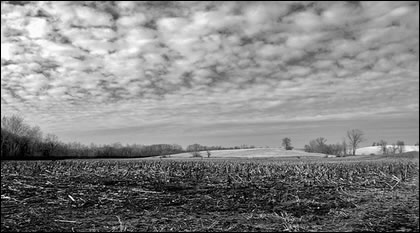 [Photo by Drawings of Light]

Just having a break from work is not enough suggests new research, it is activities in the open air which have the strongest restorative effects on our mental states.

Everyone gets down sometimes – it’s only natural. It would be more unusual never to be depressed. The idea that depression is an on-off condition with a purely chemical foundation is a myth no psychologist would endorse. The causes of depression can be many and widespread. But one cause many of us have to cope with is work.

One of the main weapons against stress building up from work is going on vacation. Holidays are a firmly established way of allowing the mind and body to recuperate. In new research, however, published in the Journal of Environmental Psychology, Hartig, Catalano and Ong (2007) find that all holidays are not created equal.

Getting out in the open

The lead author of this paper, Terry Hartig, lives and works in Sweden, a country well known for its long, dark winters. As such, the Swedes know the importance of getting out in the sunshine, when it finally arrives. There is even a law requiring employers to provide four consecutive weeks of holiday in the summer. And it’s actually this law that is crucial to Hartig et al’s findings.

Hartig and colleagues suggest that being stuck indoors on vacation can limit mental recuperation. On the other hand, when able to roam outdoors, we can exert ourselves at a favourite sport or simply linger in the park. Psychologically, beautiful scenery can distract us from our troubles, help us forget our normal stressful environments and reconnect us to nature.

This is a nice theory that is intuitively attractive and plausible. The problem is how to test it scientifically.

Anti-depressant prescriptions and the weather

Wait, though, there’s a problem with this. Perhaps people are simply happier when the weather is warmer? It would then follow there would be an association between anti-depressant prescriptions and temperature.

Hartig et al. anticipated this problem. They remove the variation in anti-depressant prescriptions associated with the general change in monthly mean temperature from the equation. Then they get a really interesting finding. Now there’s only a correlation between temperature and anti-depressant medications in one month: July. There’s no similar effect even for the adjacent months of June or August.

How can that be explained? Why would the relationship only occur in July?

Why July is unusual

Here is the authors’ reasoning. In Sweden people take most of their holiday in July at the centre of the period stipulated by law (from 1 June to 31 August). A survey found it is over 90%. This means that during July they have the highest likelihood of being free to enjoy outdoor pursuits. On average, the rest of the year they will be working, so even if the weather is unseasonably warm in May, for example, they won’t be able to take advantage of it.

Remember that this explanation relies on averaging out many people’s behaviour across nine years. Obviously not everyone requires anti-depressants to get through a spell of bad weather. Similarly some people require them whatever the weather. But think about it in terms of the people who are slipping across the boundary of requiring/asking for medication. Then the authors’ explanation makes sense.

I know this study falls into the category of telling us something we already know. But it does so in rather an ingenious way that takes advantage of Swedish vacation patterns. Also, we can’t be reminded often enough that we should take every opportunity to get out in the open air.

Truly, happiness is looking out across fresh fields, gazing at a distant tree, feeling the sun on your back and the wind brushing your skin.