What Are Babies Watching? 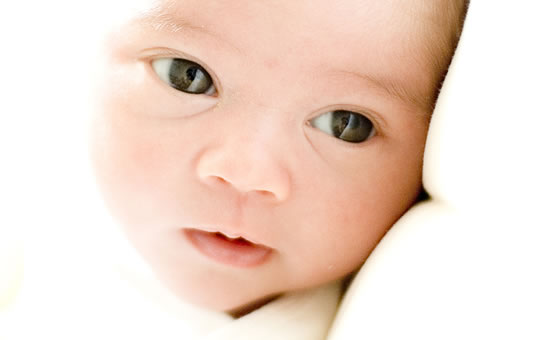 What do babies really understand about the world?

The first study for your consideration in the top ten psychology studies is by Robert Fantz, a developmental psychologist, and it is deceptively simple. Like many of us staring at young babies, Fantz wondered how much they understand about the world.

The eyes of tiny infants look glazed and they mostly seem concerned with the bare necessities of life. What do they understand about the world and how can you possibly find out, given that babies are not so hot on answering complex questions about their perceptual abilities?

In 1961, when Fantz carried out his experiment, there wasn’t much you could do to find out what was going on in a baby’s head – other than watch. And watching the baby is what he did.

An enduring feature of human nature is if there’s something of interest near us, we generally look at it. So Fantz set up a display board above the baby to which were attached two pictures (Fantz, 1961). On one was a bulls-eye and on the other was the sketch of a human face. Then, from behind the board, invisible to the baby, he peeked through a hole to watch what the baby looked at.

In modern psychology the descendents of this experiment are still used today to find out what babies understand about the world. These have discovered that we’re remarkably early developers. At one month we can follow a slow-moving object. At two months we can move both our eyes together and begin to appreciate how far away things are. At three months we can tell the difference between members of our family (Hunt, 1993).

As a result of these and similar studies, psychologists have suggested that we are born with a definite preference for viewing human faces. This would certainly make evolutionary sense as other human faces hold all sorts of useful information which is vital for our survival.

Not a bad set of conclusions from simply watching a baby’s eyes! So Robert Fantz is the first nomination for the top ten studies in psychology.