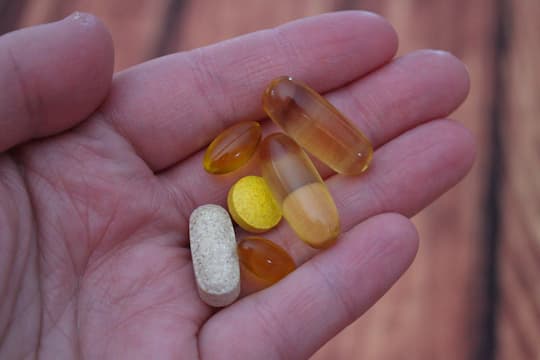 Vitamin D supplementation could lower the risk of dying from cancer-related diseases and increase life expectancy by years.

Tiredness and weak muscles can be signs of vitamin D deficiency, as can headaches and poor sleep.

Taking vitamin D can reduce cancer mortality rates by 13 percent with 30,000 fewer cancer-related deaths each year, according to a German study.

Based on their national data on cancer mortality in 2016, vitamin D supplementation could significantly lower cancer deaths in adults over age 50.

They say if all these middle-aged Germans took vitamin D, nearly 30,000 premature deaths from cancer could be prevented and 300,000 years of life could be saved.

In recent years scientists have been looking into the effect of vitamin D on several conditions such as diabetes, inflammatory diseases, cancer, and respiratory illnesses.

Reviews of large clinical trials show that vitamin D supplementation is linked to a 13 percent reduction in the cancer death rate.

“In many countries around the world, the age-adjusted rate of cancer mortality has fortunately declined over the past decade.

However, given the often considerable costs of many new cancer drugs, this success has often come at a high price.

Vitamin D, on the other hand, is comparatively inexpensive in the usual daily doses.”

Older people are commonly found to have vitamin D deficiency, particularly those with cancer.

The research team calculated that the treatment cost of vitamin D supplementation at a 1,000 international units daily dose would cost 25 euros per person a year.

Considering its health benefits, the cost for the health care system would be practically nothing after all.

“In view of the potentially significant positive effects on cancer mortality — additionally combined with a possible cost saving — we should look for new ways to reduce the widespread vitamin D deficiency in the elderly population in Germany.

In some countries, foods have even been enriched with vitamin D for many years — for example, in Finland, where cancer mortality rates are about 20 percent lower than in Germany.

Not to mention that there is mounting evidence of other positive health effects of adequate vitamin D supply, such as in lung disease mortality rates.

Finally, we consider vitamin D supplementation so safe that we even recommend it for newborn babies to develop healthy bones.”

We can all improve our vitamin D levels at no cost by exposure to sunlight everyday.

The German Cancer Research Centre recommends three times a week for at least 12 minutes outside in the sun.

During this period of time the face, hands, arms and legs should be left uncovered without wearing sunscreen.

The study was published in the journal Molecular Oncology (Niedermaier et al., 2021).