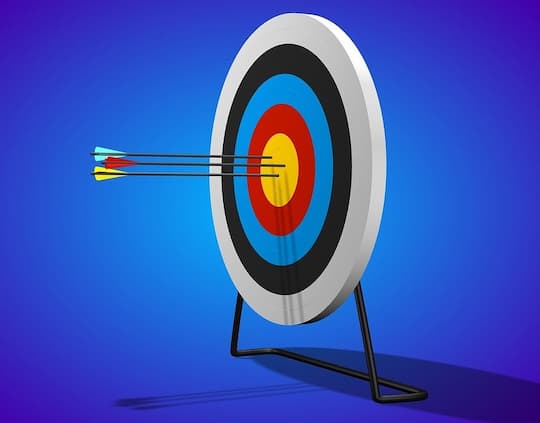 Goals are frequently found to boost people’s motivation, and so their performance.

In the right circumstances particularly challenging goals can improve people’s performance by as much as 35 percent, a study finds.

People worked almost twice as hard when given a challenging goal compared to a more easily attainable one.

However, there is one fascinating kink in this oft-quoted research.

Men, it seems, respond to goals better than women, the study also found.

While goal-setting may work less well for women in some circumstances, it is still effective to some extent for both sexes.

Mr Samuel Smithers, the author of the research, said:

“The focus of this research was to determine how to motivate people.

When we are given a goal, we feel a sense of purpose to achieve it; it naturally helps to focus us.

The findings demonstrate that setting a goal induces higher effort.

For the study people had to do a simple addition task.

Both were compared with a control group who were given no goal.

The results showed that goal-setting had similar effects to monetary incentives.

People with goals focused more and increased their speed to complete the task.

“My research found that women perform better than men in the no goal setting, but men thrive in both of the goal treatments, suggesting that men are more responsive to goals than women.

I also found a 20 per cent and 35 per cent increase in correct number of additions for the medium and challenging goal groups over the control group.

This is an incredible increase in output without the need for extra monetary incentives.

The increase was due to an increase in both the speed and accuracy of the participants in the goal groups.”

• Read more about PsyBlog’s motivation ebook: Spark: 17 Steps That Will Boost Your Motivation For Anything.

The study was published in the journal Economic Letters (Smithers, 2015).