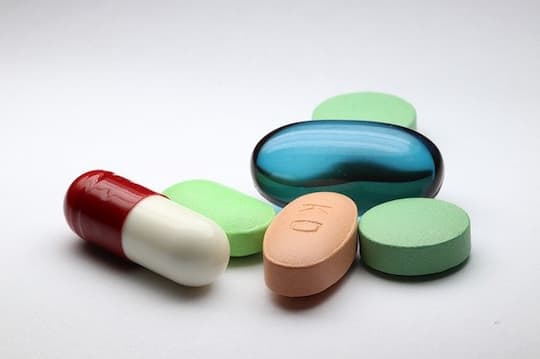 There is evidence that higher levels of this vitamin leads to weight loss.

Higher levels of vitamin D in the body are linked to weight loss, studies find.

A study has shown that people drinking more milk can even double weight loss.

Milk contains both calcium and vitamin D, which have both been linked to weight loss by multiple studies.

Another study has found that people with high vitamin D levels lose 20 pounds more when they are dieting than those with lower levels.

Up to 50 percent of the world’s population may be deficient in vitamin D.

People get much of the vitamin D they require from its production in the skin, which is carried out in response to sunlight.

Diet can also provide vitamin D — it is found in high levels in foods like eggs and oily fish.

Studies in rats have found that they burn more calories when they are given large doses of vitamin D.

One analysis of around 165,000 people has found that a 10 percent rise in body weight is linked to a 4 percent drop in vitamin D levels.

The study suggests that the increase in weight leads to a drop in vitamin D levels.

There was evidence that higher vitamin D levels lead to weight loss, although the effect may be small.

Nevertheless, a drop in vitamin D levels in obese people puts them at an additional health risk.

“Vitamin D deficiency is an active health concern around the world.

While many health messages have focused on a lack of sun exposure or excessive use of suncreams, we should not forget that vitamin D deficiency is also caused by obesity.

Our study highlights the importance of monitoring and treating vitamin D deficiency in people who are overweight or obese, in order to alleviate adverse health effects caused by a lack of vitamin D.”

The study was published in the journal PLOS Medicine (Vimaleswaran et al., 2013).