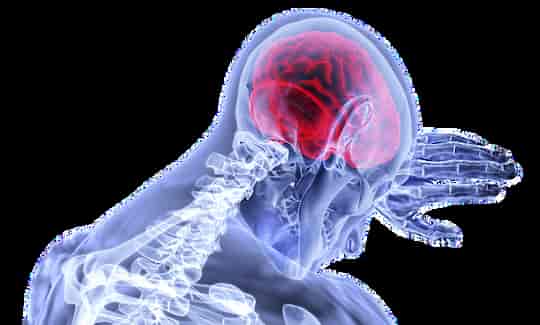 Early onset-dementia typically starts in the 40s or 50s and can be mistaken for depression.

Loss of pleasure is a key sign of early-onset dementia, research finds.

Early-onset dementia is relatively rare, affecting around 10 percent of the total number of people who get the disease.

It typically starts in the 40s or 50s and can be mistaken for depression.

Early onset-dementia, though, is not about negative emotions, which characterise depression.

Instead, it is lacking the ability to appreciate positive experiences, like a good meal.

The inability to experience pleasure is technically known as anhedonia.

It is caused by degeneration in parts of the brain where rewards and pleasure are processed.

Research has revealed that people with frontotemporal dementia — a term that encompasses various types of early-onset dementia — have smaller frontal and striatal regions of the brain.

Other common signs of early-onset dementia include problems with language, apathy, decreased self-awareness, poor personal hygiene and even stealing and swearing.

“Much of human experience is motivated by the drive to experience pleasure but we often take this capacity for granted.

But consider what it might be like to lose the capacity to enjoy the simple pleasures of life – this has stark implications for the wellbeing of people affected by these neurodegenerative disorders.

Our findings also reflect the workings of a complex network of regions in the brain, signaling potential treatments.

Future studies will be essential to address the impact of anhedonia on everyday activities, and to inform the development of targeted interventions to improve quality of life in patients and their families.”

The study compared brain scans of people with frontotemporal dementia with those with Alzheimer’s disease.

Alzheimer’s disease is the most common form of dementia, usually starting in the 60s or 70s.

The results showed gray matter deterioration in the pleasure system of the brains of those with frontotemporal dementia, but not in those with Alzheimer’s.