A Diet That Reduces Stomach Bloating And Aids Weight Loss 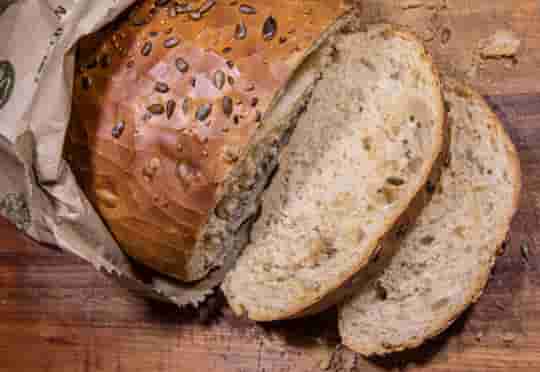 A diet rich in fibre and low in gluten can reduce intestinal discomfort such as cramps, stomach pain, and bloating as well as help keep the weight off.

A study found that people whose diet consist of fibre-rich and low-gluten foods have healthier digestive system and show increased weight loss.

The positive health impact of this diet on adults seems to be related to changes in gut microbiota function and composition.

“We demonstrate that, in comparison with a high-gluten diet, a low-gluten, fibre-rich diet induces changes in the structure and function of the complex intestinal ecosystem of bacteria, reduces hydrogen exhalation, and leads to improvements in self-reported bloating.

Moreover, we observed a modest weight loss, likely due to increased body combustion triggered by the altered gut bacterial functions.”

For this study, a group of healthy Danish people were assigned to receive a high-gluten diet or a low-gluten diet for two eight-week periods.

Both diets were equal in calories and nutrients like dietary fibres but fibre composition was highly variable between the two diets.

The team noticed that reduced gluten intake wasn’t the main cause of the positive effects in healthy subjects but the composition of fibre was the key.

More than 20 percent of adults suffer from gastrointestinal disorders such as irritable bowel syndrome (IBS) and inflammatory bowel disease (IBD).

Past studies have suggested that a low-gluten diet can lower gastrointestinal symptoms in those with IBS or IBD.

Also, some people, despite being healthy, prefer a diet low in gluten to keep their weight off or overcome intestinal discomfort.

“More long-term studies are definitely needed before any public health advice can be given to the general population.

Especially, because we find dietary fibres — not the absence of gluten alone — to be the primary cause of the changes in intestinal discomfort and body weight.

By now we think that our study is a wake-up call to the food industry.

Gluten-free may not necessarily be the healthy choice many people think it is.

Most gluten-free food items available on the market today are massively deprived of dietary fibers and natural nutritional ingredients.

Therefore, there is an obvious need for availability of fibre-enriched, nutritionally high-quality gluten-free food items which are fresh or minimally processed to consumers who prefer a low-gluten diet.

Such initiatives may turn out to be key for alleviating gastro-intestinal discomfort and in addition to help facilitating weight control in the general population via modification of the gut microbiota.”

The study was published in the journal Nature Communications (Hansen et al., 2018).