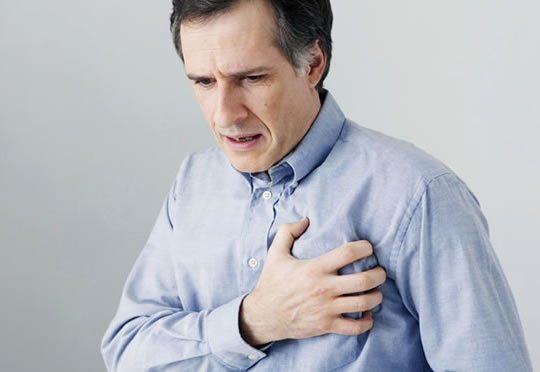 The food contains a healthy fibre that reduces the risk of heart disease and stroke.

Barley contains β-glucan, which is responsible for lowering “bad” cholesterol.

β-glucan is a soluble fibre that benefits the gut flora and increases good bacteria like Lactobacilli while reducing bad bacteria like Enterobacteriaceae.

The non-HDL cholesterol includes those type of lipoproteins that contribute to a higher risk of cardiovascular disease.

A review and analysis of different studies confirms that barley can lower these two types of “bad” cholesterol by at least seven percent.

“Barley has a lowering effect on the total bad cholesterol in these high-risk individuals, but can also benefit people without high cholesterol.”

In a different study, participates who had pasta enriched with 3 grams of barley β-glucan benefited from an increase in good gut bacteria and reduction in LDL cholesterol.

Every day for two months, they ate 100 grams of pasta made of 25 percent grain barley flour and 75 percent durum wheat flour.

The food was well tolerated and there were no signs of abdominal pain, flatulence, or bloating.

Despite the fact that barley is higher in β-glucan than oats, and offers several health benefits, it is not as popular as some other healthy foods.

Barley contains lower calories, higher protein and fibre than oats which are important factors for people with dietary or weight problems.

“After looking at the evidence, we can also say that barley is comparably effective as oats in reducing overall risk of cardiovascular disease.”

The review was published in the European Journal of Clinical Nutrition (Ho et al., 2016) and the second study was published the journal of Applied and Environmental Microbiology (Angeliset al., 2015).