Social Facilitation: How and When Audiences Improve Performance 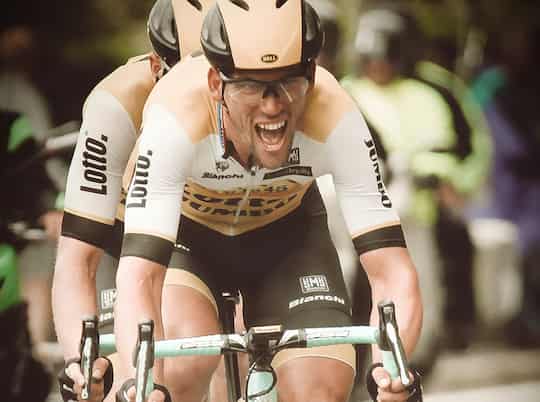 Social facilitation is the finding from social psychology that people’s performance can improve on some tasks when other people are present.

Social facilitation is a social psychological finding that in some circumstances the presence of other people can improve performance.

Everyday examples of social facilitation include:

The history of social facilitation research starts with ants…

When an ant builds a nest on her own she does so with little enthusiasm.

She moves as though tired of life, bored with the whole business of excavating earth, perhaps dreaming of a better life elsewhere.

But give our ant a co-worker and she is transformed into a dynamo, a workaholic, an Olympian amongst insects.

Soon she is digging at five times the rate or more…

Ants aren’t the only ones to display social facilitation.

Four decades before S. C. Chen reported his ant findings in 1937, the psychologist Norman Triplett had already noticed much the same social facilitation behaviour in cyclists.

Triplett scoured the records of the ‘League of American Wheelmen’ and found that racing cyclists rode faster when paced or in competition.

Analysing the results of many races he found that, on average, cyclists with a pacemaker covered each mile about 5 seconds quicker than those without — social facilitation again.

He suspected it was more than just the purely physical effect of slipstreaming behind another cyclist, that the effect was also psychological — something to do with the mere presence of other people.

Two decades later Gordon Allport — one of the founders of personality psychology — did just that.

He had participants write down as many words as they could that were related to a given target word.

They were given three one-minute periods and told they were not in competition with each other.

Again, participants reliably produced more words when others were present than when alone, revealing a social facilitation effect.

To test his hunch Triplett (1898) set children winding a thread on a reel, sometimes on their own and sometimes against others.

What he found confirmed his social facilitation theory: the children went faster when in competition.

While interesting, though, the finding that people work faster in competition is hardly ground-breaking, but what if the competitive element could be removed and effect of mere presence could be measured?

While Allport’s experimental procedure might not have completely eliminated the effects of competition, subsequent studies, and there were many, certainly did.

This boost to people’s performance when watched by others became known as social facilitation and for a few decades it was all the rage in psychology.

Most worryingly, experimenters failed to find the expected social facilitation in a whole range of other tasks, for example when people were asked to learn lists of nonsense syllables or navigate a complicated maze.

It emerged that when the tasks were harder their performance wasn’t improved, quite the contrary, it got worse.

People seemed to be experiencing not social facilitation but social inhibition.

They were choking and so were the psychologists who all but abandoned social facilitation research as a bad lot.

Social facilitation and the drive to perform

It wasn’t until the 1960s that research on social facilitation was revived by the noted psychologist Professor Robert Zajonc.

He thought that the contradictory results from social facilitation experiments could be explained by a new approach called ‘drive theory’.

Zajonc said that when other people are watching us we get more alert and excited and this excitement fires up what he called our ‘dominant response’.

Dominant responses are things like well-practised skills or particular habits.

This theory explained the evidence quite well but critics thought it too simplistic, arguing that it’s not just whether an audience is present or not, it is also how we react to that presence.

To help account for this cognitive process, a new theory was put forward by Robert S Baron in the 1980s.

Distraction-conflict theory argues that when other people are watching us it creates an attentional conflict between the task we are performing and the watching others.

When the task is easy we can successfully narrow our focus to the task at hand and so our performance improves, probably because of the drive effect to which Zajonc refers.

When the task is tricky, though, we suffer from attentional overload and our performance gets worse.

Pessin (1933) had already noted just this effect when people performed tasks with flashing lights and loud noises distracting them instead of an audience.

Here at last, 100 years after Triplett had children winding fishing reels, came a theory that in concert with Zajonc’s drive theory, has the potential to explain the social facilitation effect: when and how an audience either improves our performance or worsens it.

Distraction-conflict theory in particular makes the complex effects of an audience much easier to understand because it focuses on how we manage our attention.

The psychology of attention, though, is a strange beast affected by all kinds of factors that consequently also tweak the social facilitation effect:

And the list goes on. If it affects attention it’s likely to affect the social facilitation/inhibition effect.

Groups: good or bad for performance?

Whether other people improve or worsen performance naturally depends on the exact circumstances of the group.

Research in social loafing finds that when people are involved in an additive task like pulling on a rope, they slack off, often by more than 50%.

Like ants the presence of others can push us on to greater achievements, but, because we are human, it can also push us towards disaster.

Psychological research suggests it all depends on managing attention, channelling the body’s physiological response and how good we are at the task itself.