The Diet That Lowers IQ In 9 Days 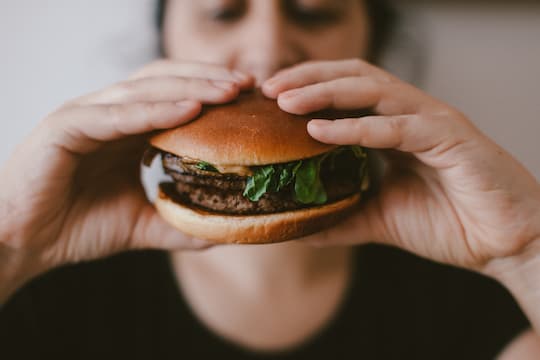 Cognitive performance reduced by 20 percent in just over a week after eating a high-fat diet.

The study on rats fed them a diet equivalent to human junk food.

After nine days, not only was their cognitive performance affected, but their physical performance was reduced by 50 percent.

The short-term effects of a high-fat diet are startling, the researchers say.

A previous study has found a high-fat diet can reduce cognitive performance in humans as well.

“We found that rats, when switched to a high-fat diet from their standard low-fat feed, showed a surprisingly quick reduction in their physical performance.

After just nine days, they were only able to run 50 per cent as far on a treadmill as those that remained on the low-fat feed.”

The conclusions come from a study of rats who were initially fed on a standard low-fat diet.

Half were then switched to a high-fat diet.

Dr Andrew Murray explained how these diets translate to what humans eat:

“With the standard feed, 7.5 per cent of the calories come from fat.

That’s a pretty low-fat diet, much like humans eating nothing but muesli.

The high-fat diet, in which 55 per cent of the calories came from fat, sounds high but it’s actually not extraordinarily high by human standards.

A junk food diet would come close to that.”

The results showed that after nine days the rats fed on a high-fat diet made 20 percent more errors when learning to navigate a maze.

The researchers also found that the rats’ hearts were enlarged with the increased effort of pumping blood around their bodies.

“These are startling results.

It shows that high-fat feeding even over short periods of time can markedly affect gene expression, metabolism and physical performance.”

“In little more than a week, a change in diet appears to have made the rats’ hearts much less efficient.

We look forward to the results of the equivalent studies in human volunteers, which should tell us more about the short-term effects of high-fat foods on our hearts.

We already know that to protect our heart health in the long-term, we should cut down on foods high in saturated fat.”

The study was published in The FASEB Journal (Murray et al., 2009).