Vocal Fry: Why Women Should Avoid Speaking With a ‘Creaky’ Voice 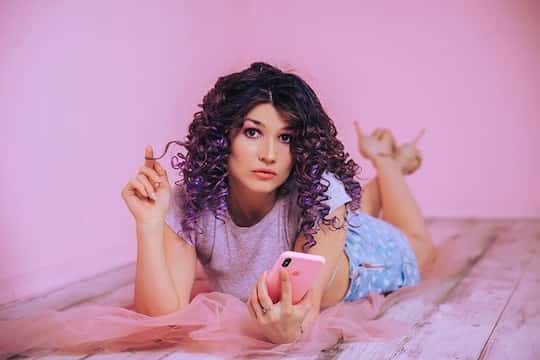 From Meredith Grey in Grey’s Anatomy, through Britney Spears, the Kardashians and Katy Perry. They all do it, but how is vocal fry perceived?

‘Vocal fry’ — a vocal affectation of young American women — may be hurting their job prospects, according to a study.

Vocal fry has become popular across the US in the last decade, especially among young women.

It’s often paired with ‘uptalk’, where the voice goes up at the end of the sentence as though the person is asking a question.

Here is a YouTube user giving a perfect demonstration of vocal fry:

Vocal fry is supposedly associated with more educated, upwardly mobile people, but now psychologists have found the perception may not be so positive.

In a study published in the journal PLOS ONE, 800 people (half men, half women) listened to a young man and a young women saying “thank you for considering me for this opportunity” (Anderson et al., 2014).

Half the time it was spoken in their normal voice and the other half used vocal fry.

When asked who they would hire for a job, 80 percent preferred people speaking in their usual voice, rather than the vocal fry.

Casey A. Klofstad, one of the study’s authors and an associate professor at the University of Miami College of Arts and Sciences, said:

“Our results show that the vocal fry fad is a hindrance to young women who are trying to find work.

Lack of experience due to their younger age, a historically poor economic environment, and sex discrimination are all barriers to labor market success for this demographic.

Given this context, our findings suggest that young women would be best advised to avoid using vocal fry when trying to secure employment.”

Those listening to the voices were also asked about the speaker’s attractivity, competence, education and trustworthiness.

Of these, vocal fry had the largest effect on reducing the speaker’s perceived trustworthiness.

Klofstad speculated on why vocal fry may have such a negative effect on people’s perceptions:

“Humans prefer vocal characteristics that are typical of population norms.

It is possible that speakers of vocal fry are generally perceived less favorably because vocal fry is accompanied by a dramatic reduction in voice pitch relative to normal speech.”

“Previous studies show that when women try to lower the pitch of their voice they are perceived as less attractive.

You could view the results we found as an extension of this to an economic context, whereby deliberate lowering of voice pitch in a sex-atypical manner by women through vocal fry results in negative perceptions by potential employers.”