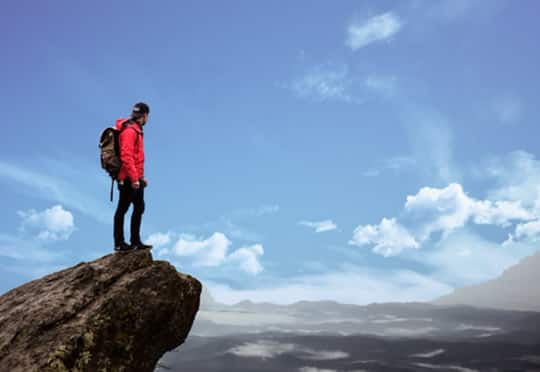 If you can finish this test in less than 60 seconds then your heart is healthy.

One test of good heart health is simple, it just requires climbing a flight of stairs.

According to a study, if it takes you less than one minute to go up four flights of sitars without stopping, then your heart is healthy.

An example would be climbing up from the bottom floor to the fourth floor in an office building in under a minute.

“The stairs test is an easy way to check your heart health.

If it takes you more than one-and-a-half minutes to ascend four flights of stairs, your health is suboptimal, and it would be a good idea to consult a doctor.”

The study wanted to find out a practical and cheap way that could give people an indication of heart health.

“The idea was to find a simple and inexpensive method of assessing heart health.

This can help physicians triage patients for more extensive examinations.”

The research engaged a group of patients who were assigned for exercise testing due to the probability of having coronary artery disease.

Shortness of breath or chest pain through the exercise would indicate the disease.

Patients ran or walked on a treadmill while the intensity of exercise bit by bit was increased until they reached exhaustion.

A metabolic equivalents (METs) test was used to measure patients’ exercise capacity, which is the highest level of physical exertion that a person can maintain.

Once they rested for 15 to 20 minutes, they were asked to walk up 60 stairs, similar to four flights.

They were asked not to stop or run but had to climb briskly while the time was noted.

The study found that participants who took at least 40 to 45 seconds to climb the stairs scored 9 to 10 or higher METs.

Past studies found that people who scored 10 METs during an exercise test had one percent lower death rate in a year or ten percent in 10 years.

Conversely, those who scored less than 8 METs due to taking 90 seconds or longer, were 30 percent more likely to die in 10 years.

In addition, the images taken of the patients’ hearts through the treadmill exercise were examined to see if their heart functioned  normally — a good indication of a lower chance of having a coronary artery disease.

This finding was then compared to the scores which were obtained from climbing the stairs.

About 58 percent of those who did the climbing task who took longer than 90 seconds also had an irregular heart rhythm throughout the treadmill exercise test.

In comparison, only 32 percent of those who completed the climbing task within 60 seconds had an irregular heart rhythm.

Dr Peteiro added that the association between exercise capacity (i.e. METs) and stair climbing is applicable to the population.

However, the linking up of death rate with heart function by imaging is better for individuals who may have or are at risk of coronary artery disease.

The study was presented at EACVI – Best of Imaging 2020, a scientific congress of the European Society of Cardiology (ESC).