Parenting: 12 Studies Every Parent Should Know 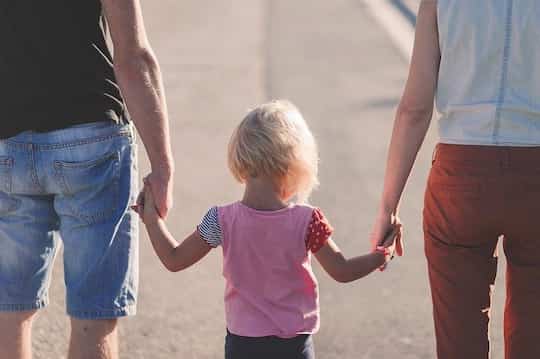 Parenting advice is an impenetrable maze of dos and don’ts, but these studies provide scientific tips on the best way to raise children and be a parent.

One of the many reasons parenting is an impossible job is that everyone is giving you advice, and much of it is rubbish.

Frankly, it’s amazing we’ve all made it this far.

So, bucking the trend of random anecdote and superstition, here are twelve psychology studies about parenting that every parent should know.

1. Parents are happier than non-parents

First some good news for those worried about the burdens of parenting.

In recent years, some studies have suggested that the pleasures of parenting are outweighed by the pains.

“Ha!” said parents to themselves, secretly, “I knew it!”

Not so fast though: research has found that, on average, parents feel better than non-parents each day and derive more pleasure from parenting than from other activities (Nelson et al.,. 2013).

Fathers, in particular, derive high levels of positive emotions and happiness from parenting.

2. Child-centric parenting is worth it

Underlining the pleasures of parenting, research finds that child-centric attitudes are beneficial.

A study by Ashton-James et al. (2013) found that parents who were the most child-centric were also happier and derived greater meaning in life from parenting.

“These findings suggest that the more care and attention people give to others, the more happiness and meaning they experience.

From this perspective, the more invested parents are in their children’s well-being — that is, the more ‘child centric’ parents are — the more happiness and meaning they will derive from parenting.” (Ashton-James et al., 2013)

They are also more mindful, better able to regulate their attention and more open and accepting towards themselves and the world.

Children need ’emotional socialisation’: the ability to understand and deal with one’s own emotions.

Key parenting skills that achieve this include listening, giving comfort and helping children to solve problems.

4. Helicopter parenting may be depressing

As with many things in life, though, it’s a fine line between caring and smothering; especially when children have grown up.

Schiffrin et al. (2013) asked 297 undergraduate students about their parents’ behaviour and how they felt about it.

The study found links between ‘helicopter parenting’ and higher levels of depression amongst the students, as well as lower levels of autonomy, relatedness and competence.

“Parents should keep in mind how developmentally appropriate their involvement is and learn to adjust their parenting style when their children feel that they are hovering too closely.” (Schiffrin et al., 2013)

Around 90 percent of American parents admit at least one instance of using strict verbal discipline with their children, such as calling names or swearing at them.

Rather than helping keep adolescents in line, though, be aware that this may just exacerbate the problem.

A study of 967 US families and their parenting found that harsh verbal discipline at 13-years-old predicted worse behaviour in the next year (Wang et al., 2013).

And it didn’t help if parents had a strong bond with their children.

“The notion that harsh discipline is without consequence, once there is a strong parent-child bond–that the adolescent will understand that ‘they’re doing this because they love me’–is misguided because parents’ warmth didn’t lessen the effects of harsh verbal discipline.

Indeed, harsh verbal discipline appears to be detrimental in all circumstances.”

Studies also find that harsh parenting practices when children are small is linked to smaller brain structures in adolescence.

6. Regular bedtimes are vital to parenting

Researchers followed 11,000 children from when they were 3-years old to the age of 7 to measure the effects of bedtimes on cognitive function (Kelly et al., 2013).

“…irregular bedtimes at 3 years of age were associated with lower scores in reading, maths, and spatial awareness in both boys and girls, suggesting that around the age of 3 could be a sensitive period for cognitive development.”

Regular bedtimes are important for both boys and girls and the earlier these can be implemented, the better for cognitive performance.

7. Do the chores together

Bringing up happy children is easier if Mum and Dad’s relationship isn’t too rocky.

One frequent bone of contention between parents is the chores.

A trick for achieving marital satisfaction over the chores is to do them together.

When partners perform their chores at the same time–no matter who is doing what — both people are more satisfied with the division of labour (Galovan et al., 2013).

Getting the children involved in chores is also a positive parenting step.

Many parents, though, try to hide all conflicts from their children.

However, children often know when their parents are trying to hide conflict and it confuses them.

They know something is wrong, but see no change in their parent’s behaviour, which is confusing.

Better, say psychologists, to allow children to see healthy conflict and how it is resolved — that is good parenting.

The American Academy of Pediatrics recommends that children should watch no more than two hours of TV per day after two years of age, and none before that age.

The more children exceeded this recommendation at 2.5 years old, the worse their vocabulary, math and motor skills were at 5-years-old.

Kids are increasingly sedentary and, as I frequently write here on PsyBlog, exercise is a wonderful way to boost brain power, and it has many other benefits.

A study of 11-year-olds has found that moderate to vigorous exercise was associated with increased academic performance in English, Maths and Science (Booth et al., 2013).

These gains from exercise were also seen in exams taken at 16-years-old.

Interestingly, girls’ science results benefited the most from extra exercise.

Some women say that parenting is more stressful than being at work.

There are strong links between parenting and stress and guilt.

How can we square this with the reports and research findings that children fill your life with joy and meaning?

It may be down to differences in attitudes to parenting.

In particular, being an ‘intense mother’ may be bad for you.

In their study of 181 mothers of children under 5, Rizzo et al. (2012) found that mothers who most strongly endorsed the idea that children were sacred and that women are better parents than men, were more likely to be depressed and experience less satisfaction with life.

Yes, nurture your children, but don’t sacrifice your own mental health.

12. Why siblings are so different

Anyone with more than one child will have noticed a curious thing: their personalities are often very dissimilar.

In fact, according to a study by Plomin and Daniels (1987), siblings have no more in common in their personalities than two completely unrelated strangers.

This is very weird given that 50 percent of their genetic code is identical.

The answer isn’t in the genes at all, but in the environment in which children grow up.

Far from having the same environments, each child has:

And all these differences add up to quite remarkable dissimilarities between siblings — often such that if they didn’t look alike, you’d never know they were related.

All this means, of course, that because their personalities are often so different, parenting strategies that work with one child, may not work with another.