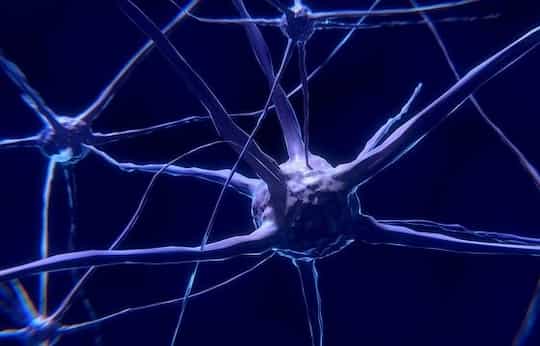 Neurofeedback therapy claims that it can help you be more efficient, balanced and happier. Could watching and shaping your own brainwaves do this?

Neurofeedback therapy training is like looking in a kind of mental mirror, where the ‘mirror’ is reflecting your brain’s electrical activity.

The training, some claim, can make you more centred, efficient, balanced and happier — perhaps dramatically enhancing your life.

While others are more skeptical, it has been the subject of renewed interest in psychological research.

What is neurofeedback therapy?

Neurofeedback therapy training itself typically involves sensors placed on the scalp which pick up and display it on a screen.

You then sit in front of the screen and try to change the waveform, just by thinking.

The idea is that you can learn to create specific brain states, like concentration or relaxation — it’s a kind of high-tech meditation.

Eventually, the theory goes, you can learn to better control your own brain.

Here are seven studies on the effects of neurofeedback…

Learning to control your own brain waves could be an effective treatment for severe depression, research finds (Cheon et al., 2017).

For the study, people did two types of neurofeedback training:

“In our study we included patients with major depressive disorder, who still had residual symptoms and functional impairment despite receiving antidepressant treatment.

Our results suggested that neurofeedback might be an effective complementary treatment to make patients feel well again and successfully engage with life.

The most promising thing about neurofeedback is it doesn’t cause even mild side effects. It could also improve self-efficacy by participating active, voluntary treatment.”

Researchers in Canada wanted to see if neurofeedback would affect mind-wandering — the brain’s irritating tendency to get distracted and decrease focus (Ros et al., 2012).

After a 30-minute session of alpha-wave training, participants displayed better cognitive discipline compared to a control condition that was given false feedback.

Alpha waves are a type of electrical signal that the brain generates which is important in how people filter out distracting information.

After the training those who’d received neurofeedback had enhanced performance on a test of attention.

“We were excited to find that increased metabolic coupling within a key cognitive network was reflected in the individual level of brainwave change provoked by neurofeedback.

The same measures were found to be tightly correlated with reductions in mind-wandering during an attention task.”

Other studies have also shown that people can boost their attention skills by controlling their own alpha brain waves using neurofeedback.

Participants in a University College London study were told to concentrate on the visual cortex while being shown their own brain’s activity, as measured by an fMRI machine (Sharnowski et al., 2012).

They imagined various images and watched the activity of their brains change as they did so.

Their visual perception was then tested. What they found was that those who had been trained could distinguish more subtle shades of grey.

In other words: after focusing on the brain activity in the visual areas of the brain, their vision improved.

“We’ve shown that we can train people to manipulate their own brain activity and improve their visual sensitivity, without surgery and without drugs.”

When the mind wanders, the brain is filled with noisy activity, not all of it relevant to what we are doing right now.

They had participants simply counting upwards either with or without neurofeedback.

In other words: their brains were producing a more pure electrical signal.

The researchers eventually hope this will help in neurorehabilitation. Stephen LaConte said:

“Ultimately, we want to use this effect to find better ways to treat brain injuries and psychiatric and neurological disorders.”

Maybe more than anyone else, micro-surgeons need pinpoint precision.

So Ros et al. (2009) gave some trainee ophthalmic micro-surgeons eight 20-minute neurofeedback sessions, then tested them against those not given the training.

After the neurofeedback training, surgeons were more accurate on a test and, on average, 26 percent quicker.

Neurofeedback may have advantages in treating those suffering from post-traumatic stress disorder (PTSD).

The authors claim this shows that:

“…neurofeedback was able to directly modulate the brain bases of emotional processing in PTSD.”

One study has even examined the effects of neurofeedback on dance performances.

Raymond et al. (2005) recruited 24 dancers and gave some the neurofeedback training while others were in a control group.

Their dancing was assessed before and afterwards by professional judges who did not know which dancers had had the neurofeedback.

The results showed those that had received the neurofeedback training were significant better dancers.

These studies are just the tip of the iceberg.

Neurofeedback has been tested by NASA for training pilots, as a method for treating epilepsy, bed-wetting, depression and ADHD.

Although big claims have been made for neurofeedback, the results have been somewhat variable with many critical about how the studies have been designed.

While it’s unlikely to be a magical cure-all, the latest batch of more tightly controlled studies is promising.