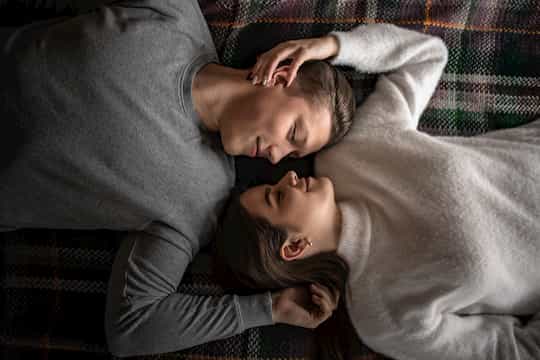 The positive pattern was seen whether or not couples were satisfied with their relationship.

While heated disagreements can plague the early years of marriage, these often turn to tenderness with age.

The positive pattern was seen whether or not couples were satisfied with their relationship.

The findings make a nonsense of the idea that positive emotions die away with age, as some psychologists claim.

In fact, people focus more on positive emotions and experiences as they age.

“Our findings shed light on one of the great paradoxes of late life.

Despite experiencing the loss of friends and family, older people in stable marriages are relatively happy and experience low rates of depression and anxiety.

Marriage has been good for their mental health.”

The study involved 87 couples who had been married for between 15 and 35 years.

Their emotional interactions were tracked for 13 years.

The results revealed that humour and affection increased over the years.

At the same time, criticism and defensiveness decreased.

“Given the links between positive emotion and health, these findings underscore the importance of intimate relationships as people age, and the potential health benefits associated with marriage.”

Women tended to become less emotionally expressive with age and also to dominate their husbands more.

“These results provide behavioral evidence that is consistent with research suggesting that, as we age, we become more focused on the positives in our lives.”

The results are the latest to emerge from the 25-year UC Berkeley study that has followed 150 long-term marriages from 1989.

The study was published in the journal Emotion (Verstaen et al., 2018).