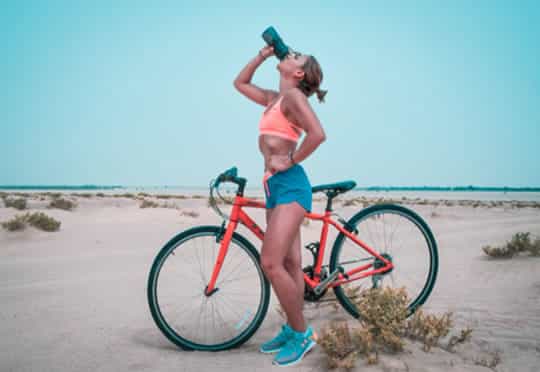 Consuming these products in early life and adulthood doubles the risk for bowel cancer before age 50.

In recent years the risk for developing bowel cancer — technically known as colorectal cancer — has considerably increased among people under 50.

The reason for this appears to be the high sugar intake in our diet consumed during teens and adulthood.

A study has found that women who drink sugar-sweetened beverages are at greater risk of colorectal cancer before they reach age 50.

Developing early-onset colorectal cancer was more common among those who consumed sugary drinks habitually at age 13–18 years and in adulthood.

“Colorectal cancer in younger adults remains relatively rare, but the fact that the rates have been increasing over the past three decades—and we don’t understand why—is a major public health concern and a priority in cancer prevention.

These cancers are more advanced at diagnosis and have different characteristics compared with cancers from older populations.”

In this study, women who had two or more servings of sugar-sweetened beverages (8 ounces or 230ml) a day were twice as likely to develop colorectal cancer by age 50 than those who had less than one serving a week.

The data show that for each 8-ounce increase, there was a 16 percent increase in risk.

Teen’s growth and development is set between age 13 and 18 and diet can have a big impact during this critical period of time.

Each daily serving of sugary drinks at age 13 to 18 years was linked to a 32 percent higher risk of developing early-onset colorectal cancer.

Sugary drinks have been associated with obesity and type 2 diabetes in both children and adults.

However, the impact of sugary drinks on increasing colorectal cancer rates in the younger population wasn’t clear.

Over the past two decades, drinking sugar-sweetened beverages has increased enormously in teenagers and those aged 20 to 34.

At the same time, colorectal cancer incidence in young adults has also risen.

“In past work, we have shown that poor diet quality was associated with increased risk of early-onset colorectal cancer precursors, but we have not previously examined specific nutrients or foods.”

Also, the study found that other drinks such as milk and coffee were linked to a lower risk of colorectal cancer in young adults, suggesting these unsweetened drinks are a better option in the long run.

“Given this data, we recommend that people avoid sugar-sweetened beverages and instead choose drinks like milk and coffee without sweeteners.”