Prepare For An Interview With These 10 Psychological Tips 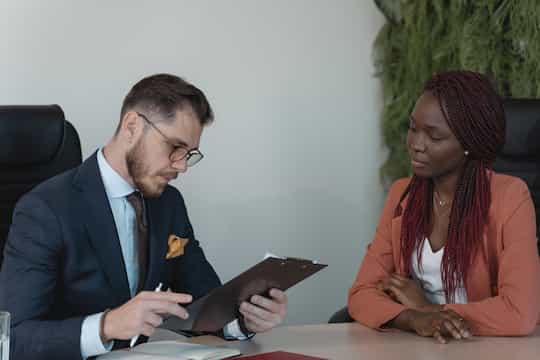 Prepare for an interview the scientific way with these 10 tips straight from psychological research on schmoozing, mental imagery and more…

In a competitive marketplace it’s harder than ever to prepare for an interview so that you stand out from the others.

You will have followed all the usual advice about how to prepare for an interview: researched the organisation beforehand, dressed professionally, arrived early, avoided vomiting on the interviewer and all the rest.

Now you’re in the interview and starting to talk, how can you impress them?

Hiring decisions are made on more than just skills and experience.

All sorts of subtle psychological factors come into play; so here are ten techniques which can help you give the interviewer the feeling that you are the one.

One study looked at 116 students just out of college trying to get their first job (Higgins & Judge, 2004).

The students who did best at interview were the most ingratiating: they praised the organisation, complimented the interviewer, showed enthusiasm, discussed common interests, smiled and maintained eye contact.

It made little difference going on about skills, abilities and the positive events they’d been responsible for.

It also didn’t help much taking charge of the interview or having impressive university scores.

So, although employers often say that work experience and qualifications are the most important factors in choosing the right person for the job, this study begs to differ.

What most predicted whether they were considered a fit for the company was their ability to schmooze.

It’s influence tactics that win the day (find out more in my series on the psychology of persuasion).

2. Demonstrate being in control at interview

Interviewers often ask questions about how you dealt with difficult situations in the past.

You’ve probably prepared an answer, but does it display the qualities the interviewer is looking for?

To answer impressively, research suggests you should emphasise how you controlled these difficult situations, rather than letting them control you (Silvester et al., 2003).

Employers want to see you are taking the initiative yourself.

3. Talk to yourself to prepare for an interview

Most of us talk to ourselves from time-to-time to aid performance in many areas of our lives.

It’s often said that talking to yourself is a sign of madness or certainly that you’ve been reading too many dodgy self-help books.

Well, it may be a bit cheesy, but in the context of job interviews—and when it’s called ‘verbal self-guidance’—it does seem to work (Latham & Budworth, 2006).

You can say things to yourself like “I can enter the room in a confident manner,” and “I can smile and firmly shake the interviewer’s hand” when preparing for an interview.

And you can implement other points mentioned here or elsewhere in the same way.

4. Prepare for an interview with mental imagery

If top athletes can successfully use mental imagery to improve their performance, then why not job interviewees to prepare for an interview?

In one study, half the participants were instructed to visualise themselves feeling confident and relaxed when preparing for an interview (Knudstrup, Segrest, & Hurley, 2003).

Then they imagined the interview went well and they were offered the job.

Those who used mental imagery when preparing performed better at a simulated job interview than those who didn’t.

Think about the type of body language when you prepare for an interview.

All of these nonverbal behaviours have been shown to positively affect interviewer ratings (Levine and Feldman, 2002).

That said, try to avoid too much fake smiling.

False smiling during an interview results in less favourable evaluations than does genuine smiling (Woodzicka, 2008).

The same may well be true for all body language that might appear too fake.

6. Prepare a firm handshake for the interview

While we’re talking about body language and preparing for an interview, we might as well mention the handshake.

It’s difficult to believe a handshake makes that much of a difference, but the research begs to differ.

In this study the importance of a firm shake was greater for women.

7. Be defensive at interview if required

Often the advice to prepare for an interview is to avoid being defensive.

People say you shouldn’t make excuses for holes in your experience or apologise for your shortcomings.

In fact, some research suggests you shouldn’t worry about being defensive if the situation calls for it.

When problems emerged in a simulated job interview, applicants who made excuses, expressed remorse and promised it wouldn’t happen again, were rated higher than those who avoided being defensive (Tsai et al., 2010).

8. Be upfront about weaknesses

We’ve all got weak spots in our CVs, but is it best to try and cover them up or to be upfront and honest when thinking about how to prepare for an interview?

Given that liking is the most important factor in job interviews, the problem becomes how to reveal those weak spots without damaging the interviewer’s liking for us.

Jones and Gordon (1972) tested whether damaging revelations are best made at the start or end of an interaction.

They found that when someone was upfront about weaknesses, those listening liked him more than if he or she concealed it until the end.

It seems that we find honesty refreshing so interviewees should be upfront about their weakness.

Exactly the reverse is true for strengths.

Coming out with your biggest achievements upfront is boastful; these make a better impression if left to the end, as though they had to be dragged out of you.

There may also be a memory effect at work here.

When you leave the interview on a high, that is the impression that the interviewers carry of you into their deliberations.

9. Prepare to cut out fillers in an interview

One study has found that interviewees who overuse the word like, and put in, like, too many, errr, fillers, were found less professional and were less likely to be hired (Russell et al., 2008).

When preparing for an interview, imagine talking as fluently as you can.

10. Prepare to be unique at interview

But is this wise if you want to stand out from the crowd?

One recent study has found that interviewees who answer standard questions in novel ways are at an advantage (Roulin et al., 2011).

Across different job types, ages and levels of education, they found that interviewer’s ratings were higher for those who gave novel answers.

This may be because novel answers are easier to recall and being memorable is a good thing—as long as it’s for the right reasons.

Coaching helps prepare for an interview

If you’re still not getting success at interview, then think about interview coaching.

Coaching can encourage you to exhibit the right body language, ingratiate yourself with the interviewer and better communicate your skills and experience.