Nostalgia: 8 Benefits Of This Beautiful Emotion 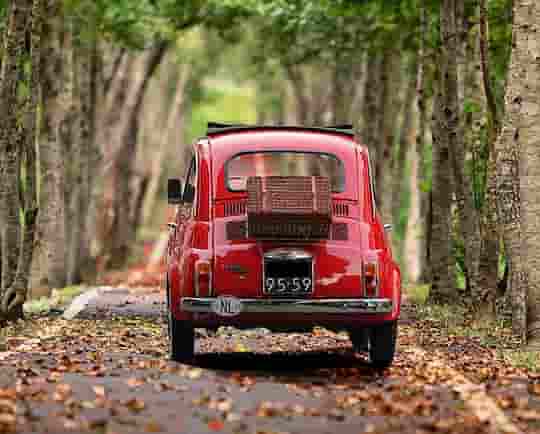 Nostalgia has been rehabilitated from a disease of the mind to a beneficial emotional experience, but it has its psychological drawbacks.

Nostalgia is an emotion related to a past place or time, mainly one that has positive associations.

Touch, smell, weather and music are powerful ways of inducing nostalgia in people.

Nostalgia was a disease

It seems incredible now, but at one time nostalgia used to be considered a psychiatric condition:

“Nostalgia was regarded as a medical disease confined to the Swiss, a view that persisted through most of the 19th century.

Symptoms—including bouts of weeping, irregular heartbeat, and anorexia—were attributed variously to demons inhabiting the middle brain, sharp differentiation in atmospheric pressure wreaking havoc in the brain, or the unremitting clanging of cowbells in the Swiss Alps which damaged the eardrum and brain cells.” (Sedikides et al., 2008)

Nowadays we know that it’s not just the Swiss that ‘suffer’ from nostalgia, it’s most people, to varying degrees.

One survey finds that 80 percent of people feel nostalgic at least once a week.

There’s some reason to think nostalgia might be bad for you, as it does have negative components.

Is nostalgia bad for you?

Nostalgia is often experienced as a loss or longing for what has now gone.

But studies suggest that at the same time people experience warm, positive emotions as they remember happy times.

Indeed, people often find the positive components of nostalgia stronger than the negative.

That’s why far from being seen as a disease of the mind, modern psychologists have been attracted to the positive attributes of nostalgia.

Here are a few of them, with one word of caution:

When people are nostalgic, it almost always involves other people.

As social creatures, nostalgia helps remind us of our connections to others and staves off loneliness.

Indeed, people who are more resilient naturally use nostalgia to help themselves feel better, researchers has found (Zhou et al., 2008).

“Nostalgia, a sentimental longing for the past, is a self-relevant and social emotion: The self almost invariably figures as the protagonist in nostalgic narratives and is almost always surrounded by close others.

Along with close others (family members, friends, partners), the most common objects of nostalgic reverie are momentous events (birthdays, vacations) and settings (sunsets, lakes).”

Nostalgia often includes a mix of positive and negative emotions.

One remembers a far off, warm day surrounded by friends who are now far away or gone.

The feelings of camaraderie are tinged with those of loss and sadness.

However, psychologists still find that nostalgia is, on balance, a positive feeling.

For the study, people were made to focus on loneliness.

This had the effect of making them more nostalgic — especially among more resilient people.

“Nostalgia magnifies perceptions of social support and, in so doing, thwarts the effect of loneliness.

…the association between loneliness and nostalgia is
particularly pronounced among highly resilient individuals.

It is these individuals who, when lonely, report high levels of nostalgia.”

Nostalgia, in terms of recalling positive memories can promote resilience.

One study found that people who recalled a previous situation that was dealt with successfully became more resilient (Paersch et al., 2021).

The technique works best if the memory is of overcoming a significant challenge.

In contrast, just recalling a positive memory is not enough.

Passing an exam, dealing with a difficult conversation and giving a presentation are all examples of successfully using personal skills.

In contrast, a fun day at the park might be a positive experience, but is probably not testing your mettle.

Memories of successfully overcoming challenging situations, though, help boost what psychologists refer to as self-efficacy.

“Self-efficacy is a key element of resilience.

By self-efficacy, I mean the belief that we have the ability to influence things to at least a small degree, even if some things are unchangeable.

Without believing in your own capabilities, you wouldn’t take on any challenges in the first place.”

While people tend to believe that psychological resilience is set in stone, it is something that can be built up.

Getting nostalgic about happy events and having a store of these to draw on is one way of building up resilience.

Thinking back to better times, even if they are tinged with some sadness, helps people cope with challenging times.

“Our work suggests that ‘remembering the good times’ may help build resilience to stress and reduce vulnerability to depression in young people.

This is important as we already know that it is possible to train people to come up with specific positive memories.

This could be a beneficial way of helping support those young people at risk of depression.”

The study included 427 young people who were at risk of depression.

They were asked to recall recent life events that were prompted by a word like ‘happy’.

The results showed that adolescents who recalled more specific happy memories and fewer negative thoughts had lower levels of cortisol.

Cortisol is sometimes known as the ‘stress hormone’.

Adolescents with lower levels of cortisol had a reduced risk of developing depression over the subsequent year.

4. The danger of too much nostalgia

While nostalgia can be a powerful positive emotion, too much could be damaging.

One study has found that thinking about the future is better for mental health than nostalgia for the past (Dennis et al., 2021).

People who imagined their best possible selves felt more positive emotions than those who engaged in nostalgia.

The best possible self exercise involves imagining your life in the future, but a future where everything that could go well, has gone well.

It is not an exercise in fantasy, rather it requires envisioning a realistic and positive future.

“We found that looking to the future and appreciating what is positive in our lives currently is more psychologically beneficial than reminiscing about the past.”

The future-oriented techniques may work best because they tend to foster hope.

When people are looking forward to positive aspects of life, it takes their mind off the current situation.

Despite the caveat that nostalgia should not be overdone, psychologists have found that it has all sorts of other benefits:

So nostalgia is well on its way to being rehabilitated.

From a disease of the mind to a valuable emotional resource: nostalgia really isn’t what it used to be.