The Herb That Reduces Stomach Bloating 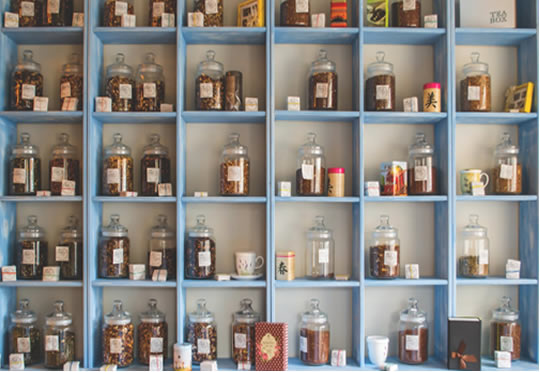 The herb has a pain relief effect on the digestive system via blocking ‘pain messages’ sent to brain.

Peppermint is a well-known traditional remedy used in treating a number of physical disorders.

Peppermint can reduce the inflammatory pain in the gut by activating an anti-pain channel in the colon, research finds.

Peppermint contains a compound called menthol which produces a cooling sensation to the TRPM8 receptor in the body.

Cooling chemicals, such as menthol, activates TRPM8, which blocks pain messages sent to the brain.

This is why peppermint, including peppermint oil, is effective in relieving pain in the gastrointestinal tract.

Dr Stuart Brierley, a co-author of a study that looked at peppermint and its effect on TRPM8, explains:

“Our research shows that peppermint acts through a specific anti-pain channel called TRPM8 to reduce pain sensing fibres, particularly those activated by mustard and chilli.

This is potentially the first step in determining a new type of mainstream clinical treatment for Irritable Bowel Syndrome (IBS).

Some people find their symptoms appear after consuming fatty and spicy foods, coffee and alcohol, but it is more complex than that.

There appears to be a definite link between IBS and a former bout of gastroenteritis, which leaves nerve pain fibres in a heightened state, altering mechanisms in the gut wall and resulting in ongoing pain.”

A study published in the British Medical Journal found that peppermint oil has antispasmodics and muscle-relaxing properties in those with IBS.

Antispasmodic medications are used as smooth muscle relaxants to reduce the occurrence and intensity of spasms in the stomach, intestine and the other parts of the gastrointestinal tract.

IBS symptoms alone affect about 15 percent of Americans and around 20 percent the UK and Australia.