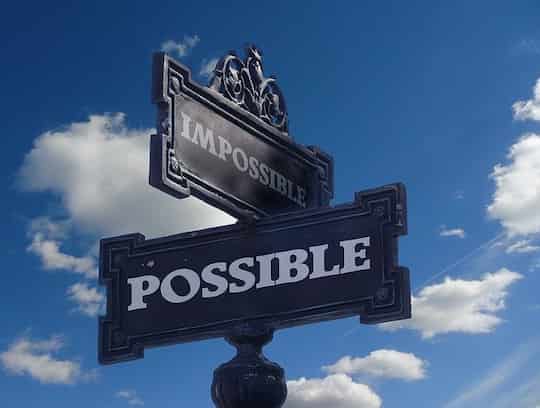 Decision-making skills and processes can be hard, but psychological research can help us combat our mind’s inherent flaws.

Accurate decision-making — about investments, business, relationships and the rest — is very difficult.

Our minds are wonderful and fabulously complex, but not without flaws.

In many ways, while the mind is amazing, it is also a clumsy, cobbled together contraption with many predictable foibles.

One of the biggest challenges to decision-making is that fact that we effectively each have two people inside us.

One is a party animal.

He wants to get as much pleasure as he can right now, to eat, drink and be merry.

The other is the boring guy.

The kind who saves for a rainy day, eats healthily, never drinks too much and does the ‘right thing’.

We’ll call the first guy ‘Want’ and the second guy ‘Should’.

The mental battle between Want and Should has been going on since most of us can remember.

Here some tips drawn from psychological research on the best ways to improve your decision-making skills in the face of these two sides of yourself.

1. Make the decision in advance

One of the best ways to fox the Want guy is to carry out decision-making in advance.

When we make decisions in advance it’s Should that’s in charge.

Whatever area of life, whether it’s financial, dietary, work or any other, if you make the decision in advance, you’re likely to cut down on detrimental outcomes.

Studies find that when people choose things without comparing the options their Want guy easily gets out of control.

Without comparisons, it’s easier for the Want guy to justify the bad decision.

By comparing options, though, research finds that people are better able to make the choice that is in their long-term interests.

Remember that our brains are not good at evaluating evidence dispassionately.

Force yourself to generate alternatives.

Research has demonstrated the value of counter-factual thinking: thinking about the opposite helps us make better decisions.

Weight up costs and benefits is common decision-making advice, but actually quite tricky to do.

Research shows that our minds prefer to consider either costs or benefits; taking both into account takes considerable effort.

One factor we often forget is the ‘opportunity cost’: when we do one thing, we can’t be doing something else.

When I watch TV the benefit might be relaxation and enjoyment but the cost is that I can’t be reading that mind-improving book that’s being lying around for weeks.

Our memories are highly contextual so the background to any issue we consider has a huge impact on how we view it.

Politicians, advertisers and other influencers use framing extensively to persuade us of their point of view.

You can fight back by reframing the decision — think about the problem your own way, not the way others want you to.

When evaluating evidence for decision-making, remember that correlation does not equal causation.

To explain: there’s a clear correlation between foot size and being richer, owning your own house and having a better education.

On the other hand people with smaller feet are often still struggling with potty training.

People with small feet are usually children, so of course they have less money, don’t own their own houses and, haven’t been to school yet.

The best of decision-making intentions often break down in the face of vicious temptation.

People find it difficult to predict just how far off course their emotions can pull them (e.g. the projection bias).

Use any method you can to counter your impulsivity: cancel the credit card, join a Christmas Club, avoid the confectionary store.

It’s all about planning ahead.

One way of improving decision-making in the face of impulsivity is by using commitment devices.

We can stop ourselves acting on impulse by committing ourselves to a course of action that is in our long-term interests.

Commitment devices allow us to take the choice away from the Want guy.

Here are some methods people use to pre-commit to long-term interests:

Commitment devices are best when they are tailored to your own psychological preferences and circumstances.

For example, if you’re well-off then a year’s gym membership might not be enough commitment to make you exercise.

Or, if you don’t care about eating six small packets of a ‘bad’ food, one after the other, then this technique won’t work either.

You’ll have to discover what type of commitment device works for your own personal decision-making skills.

When decision-making, focus on concrete plans and goals.

Humans are better at concrete goals; abstract goals like ‘read more’ or ‘lose weight’ get lost in the mix.

Substitute these with: ‘read this book by next Tuesday’ and ‘don’t buy any junk food on the weekly shop’.

It is clearly better to carry out decision-making when relaxed and rested.

That is because feeling stressed changes the way people balance risk against reward, psychologists have found (Mather & Lighthall, 2012).

Surprisingly, being under stress makes people focus on the positive more than they would otherwise.

“Stress seems to help people learn from positive feedback and impairs their learning from negative feedback.”

For example, imagine a person deciding whether to take a new job.

When under stress, they might give more weight to benefits of a higher salary while ignoring the longer commute.

When not under stress, though, the negative aspects of the choice would matter more.

10. Imagine your decision-making will be checked

When we think someone will check up on us we make more cognitive effort, leading to better decision-making.

Even if no-one is checking up on you, imagine their reaction if they did: would you be proud of your decision?

All sorts of weird things start happening when we imagine the choice we are making right now as one in a series.

We tell ourselves things like: “I’ll have that cake now, then I’ll eat healthily for the rest of the week”.

No ‘ifs’ and ‘buts’ and no tortuous logic to get what we want.

Shut the Want guy down by making one-shot decisions.

Am I going to be good or bad, right here, right now?

When making decisions we are influenced by whatever thoughts and emotions are swirling around in our heads at that moment.

Help distance yourself by thinking about how this decision will affect you in the future.

Big decisions are always better made after a night’s sleep.

Again, it’s common advice but it can be surprisingly difficult to distance yourself.

13. Beware the vivid, personal and anecdotal

It’s so easy for us to be swayed by vivid or personal stories when decision-making.

Remember that our minds are naturally fascinated and influenced by the sensational at the cost of quotidian.

Look carefully at the information source – are you being manipulated?

14. All decisions are not made equal

Some decisions are more important than others.

Not all decisions warrant effortful deliberation: sometimes it’s better just to choose and be done with it.

The trick is knowing which is which – experience should provide strong clues.

The best time to make decisions is when you are not hungry.

Being hungry makes people think more short-term — not just about food, but across many areas, including money (Skrynka & Vincent, 2019).

Hungry people are willing to settle for smaller rewards that they can get sooner, ignoring the chance to make more money by waiting.

Hunger ruins people’s self-control, making them grasp for rewards they would otherwise be prepared to wait for.

“People generally know that when they are hungry they shouldn’t really go food shopping because they are more likely to make choices that are either unhealthy or indulgent.

Our research suggests this could have an impact on other kinds of decisions as well.

Say you were going to speak with a pensions or mortgage advisor – doing so while hungry might make you care a bit more about immediate gratification at the expense of a potentially more rosy future.”

16. Be rational when making decisions

This sounds a little vacuous, but research does suggest that just reminding ourselves to think rationally could help us make better decisions.

Consciously trying to think rationally will also help activate all the other techniques described here.

Our memories being what they are, this is no bad thing.

This article is based on two sources: