Correlations: The Mind Searches For Them Everywhere 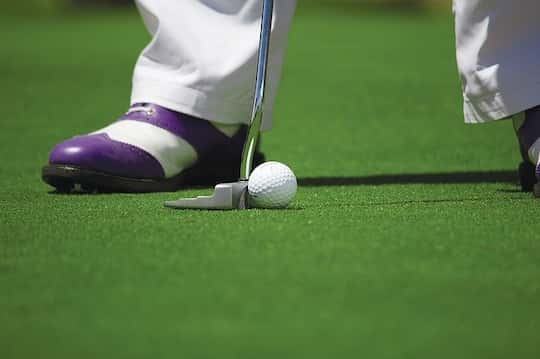 The minds has a tendency to search for correlations everywhere, whether they mean anything or not. That’s dangerous.

Correlations in statistics are when there appears to be a relationship between two variables.

As one thing changes, so does the other.

For example, as children age their shoe size gets larger, or the more I practice the better I get at tennis.

However, there are also many things that just happen to change together, but are not really related.

For a single moment, you feel like you’ve got super-powers, but then you notice it is just an illusory correlation.

It demonstrates a common phrase in statistics: “correlation does not imply causation”.

However, our minds have a tendency to search out these types of correlations, not always with the best result.

To see how easily the mind jumps to the wrong conclusions, try virtually taking part in a little experiment.

Example of an illusory correlation

Imagine that you are presented with information about two groups of people about which you know nothing.

For each group you are given a list of positive and negative behaviours.

A good one might be: an Azalean was seen helping an old lady across the road.

A bad one might be: a Begonian urinated in the street.

So, you read this list of good and bad behaviours about the Azaleans and Begonians and afterwards you make some judgements about them.

How often do they perform good and bad behaviours and what are they?

What you notice is that it’s the Begonians that seem dodgy.

They are the ones more often to be found shoving burgers into mailboxes and ringing doorbells and running away.

The Azaleans, in contrast, are a sounder bunch; certainly not blameless, but overall better people.

While you’re happy with the judgement, you’re in for a shock.

What’s revealed to you afterwards is that actually the ratio of good to bad behaviours listed for both the Azaleans and Begonians was exactly the same.

For the Azaleans, 18 positive behaviours were listed along with 8 negative.

For the Begonians it was 9 positive and 4 negative.

In reality, you just had less information about the Begonians.

What happened was that you built up illusory correlations between more frequent bad behaviours and the Begonians; they weren’t more frequent, however, they just seemed that way.

When the experiment is over you find out that most other people had done exactly the same thing, concluding that the Begonians were worse people than the Azaleans.

This experimental method is actually from a classic study by Hamilton and Gifford (1976), which is all about how we perceive other people’s positive and negative traits.

In the experiment, people had different perceptions of the two groups, good for the majority and bad for the minority, purely because they had more information about the majority.

It’s not hard to see why this sort of process might contribute to the formation of prejudice in society at large.

Now, psychologists have not agreed how to explain this and other types of illusory correlations.

One explanation is that people over-estimate the diagnostic power of infrequent events.

In other words: if there is only one Martian who lives in your street and he/she/it listens to skiffle music, then you tend to think that all Martians must like skiffle.

On the other hand if half the street is filled with law-abiding Martians, only a few of whom like skiffle, you’ll guess that it’s only a minority interest.

Others say that illusory correlations are down to how memory or learning works or just a function of incomplete information.

Whatever the explanation, we do see these illusory correlations everywhere.

Here’s an example of a much less subtle type of illusory correlation from the world of CEOs.

When you are deciding what to pay a CEO, what factors do you take into account?

I’m sure you can list a few but what about golfing ability?

Would you pay a CEO more because they were better at golf?

One analysis has looked at the correlation between golfing ability and American CEO pay (Hogarth & Kolev, 2010).

It found that as golfing ability improved, their pay went up.

Non-golfers were, on average, the lowest paid of all.

And here’s the kicker: the better the CEOs were at golf, the worse their stocks performed.

The assumption is that there’s an illusory correlation going on here.

Somehow it’s assumed that because someone is good at golf, they must also be good at other stuff, like running a multinational corporation, and so they get paid more.

Sticking with the business theme, all sorts of illusory correlations exist in equity markets.

One sign that traders sometimes use to predict price movements is the ‘head-and-shoulders’ chart.

It’s when the stock’s price movement looks like a person’s head and shoulders: in other words, two smaller peaks with one big peak in between.

Although it’s considered a reliable signal, and is associated with increased trading, the head-and-shoulders shape on the chart doesn’t profitably predict price fluctuations (Bender & Simon, 2012).

It’s just another illusory correlation: what our meaning-hungry minds are seeing everywhere.