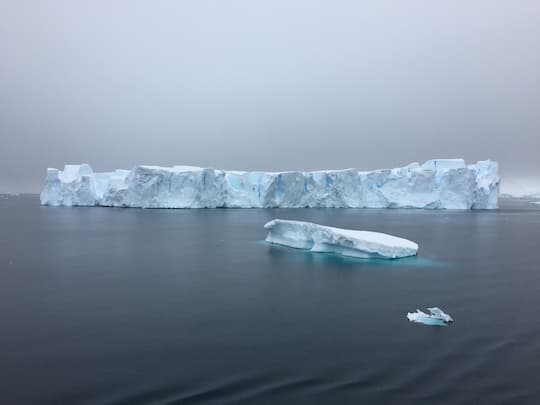 Sigmund Freud is famous for his psychoanalytic theory and despite modern criticism, he presciently realised that cognitive processes are unconscious.

Sigmund Freud is one of the most famous figures in psychology.

He is best-known for the method of psychoanalysis, which is a set of psychological theories and methods used to treat neuroses.

Therapy using psychoanalysis aims to release repressed experiences and emotions from the unconscious in order to facilitate the healing process.

Sigmund Freud’s theory is that psychological problems are rooted in the unconscious mind.

Sigmund Freud believed that the process of bringing the repressed conflicts to consciousness helps a patient deal with them.

Sigmund Freud’s theories and treatments were based on case studies of patients he had treated and those he had discussed with other doctors using similar methods.

Some of the most famous of these were:

The problem for Sigmund Freud’s method was that if the key to mental healing is in the unconscious, how can it be accessed?

So, Sigmund Freud had to develop a series of techniques that he thought could reveal hidden neuroses.

The interpretation of dreams

Freud thought that the interpretation of the dreams was the ‘royal road to the unconscious’.

While were are asleep, he though, ideas that we would normally repress come to the surface.

Since dreams often make little sense, they need interpretation — Freud and other practitioners of psychoanalysis need to work out what they mean.

Sigmund Freud used free association as another method to access the unconscious.

This often involved saying a word to the patient and asking them to respond with the first thing that comes to mind.

Fragments of the true repressed problem are supposed to emerge through this method.

Sigmund Freud believed that aspects of people’s unconscious mental processes were revealed by slips in speech.

In other words, we sometimes say what we really mean by accident.

He thought there were accidents and that every behaviour had a meaning, if only it could be correctly intepreted.

The strange thing about Sigmund Freud is that, amongst psychologists, his stock is relatively low.

One of the main reasons his work is not considered ‘scientific’ is the apparent difficulty of testing his theories.

Actually there is plenty of scientific evidence for his most important finding – the cognitive unconscious – but it has taken some time to be acknowledged.

Indeed, Sigmund Freud made some startling contributions to psychology only accepted into the mainstream of academic research in the last few decades.

To really understand the revolutionary nature of Sigmund Freud’s work you need to do something for me: to forget you’ve every heard of him or his ideas.

Imagine travelling back to the 19th century and here is a smartly dressed young man looking at you with bright intelligent eyes and there is a pungent smell in the room of cigars.

Frau Emmy von N. was one of the earliest patients to be treated with the nascent techniques of psychoanalysis and psychoanalytic theory.

Frau Emmy suffered from a series of tics, some facial, the most obvious of which was a loud ‘clacking’ noise.

To Sigmund Freud the symptoms she showed were typical of hysteria and he soon set about treating her with his strange new methods.

And what strange methods they were.

He talked to her.

Talking to a patient?

What good could that do?

He hypnotised her and soon she began to speak of her frightening experiences – being a maidservant in an asylum, nursing her dying brother.

Then Sigmund Freud did something more unusual.

He let her give full vent to her emotion.

Later, after she had calmed down a little, she seemed better…

What then did these past events in Frau Emmy’s life signal to Sigmund Freud?

What was the connection to her current symptoms?

At this time Sigmund Freud had begun to develop a psychoanalytic theory that physical symptoms could be caused by thoughts not available to the conscious mind.

His treatment – the talking, the hypnosis, the hand on the forehead, the free association, the couch – all were designed to try and access this so-called ‘unconscious’ world, to find the root-cause of distress.

Once this root-cause could be identified and explained, Freud thought, the physical and psychological symptoms would be alleviated (Breuer & Freud, 1893).

It was in Freud’s work ‘Project for a Scientific Psychology’ (Freud, 1895) that he first laid down the radical (at the time) idea that cognitive processes are intrinsically unconscious.

We are effectively cognitive icebergs with most of our ‘thoughts’ occurring below the water line, out of conscious perception.

The fact that this idea is no longer considered radical is testament to the last few decades of research which have shown the importance of unconscious processes.

We now have abundant evidence for unconscious processes in the operation of memory, affect, attitudes and motivation (Westen, 1998).

And so, far from being unscientific and untestable, Freud’s theory of unconscious mental processes was incredibly prescient.

It laid the ground for some of the most important lines of research in psychology today.

Research that tells us more and more about what it means to be human.