Method of Loci: How To Create A Memory Palace 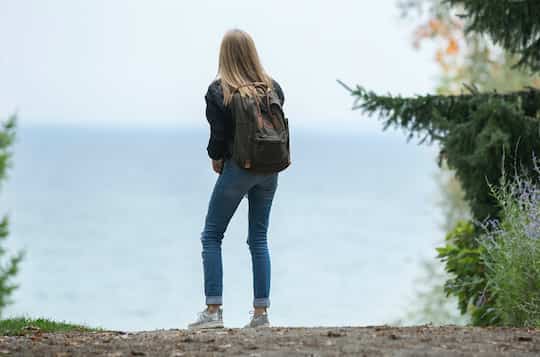 The method of loci, or memory palace, is an effective way to enhance memory and even to create a store of positive memories.

The ‘method of loci’ technique (literally method of places) for enhancing memory has been around for thousands of years.

The method of loci technique was recommended by the Roman philosopher Cicero.

But you don’t have to be a specialist memoriser or super-brain to find the technique useful; it has dramatic effects on recall for even the most humble of us.

The method of loci technique

The method of loci technique, which relies on spatial memory, is remarkably simple to explain, but does require some mental effort to set up.

What you do is think of a place that you know really well, like a house you lived in as a child or your route to work.

Then you place all the things you want to remember around the house as you mentally move around it.

Each stop on the journey should have one object relating to a memory.

The more bizarre and surreal or vivid you can make these images in the method of loci, the better they will be remembered.

Remarkable things can be achieved by training memory using the method of loci technique.

People in one study doubled their memory capacity in just 40 days of working 30 minutes per day (Dresler et al., 2017).

Even without doing any further training, their memory was still working at a higher level four months later.

“After training we see massively increased performance on memory tests.

Not only can you induce a behavioral change, the training also induces similar brain connectivity patterns as those seen in memory athletes.”

Researchers took brain scans before and after the training.

They found that after training in the method of loci technique people’s brains were more similar to ‘memory athletes’ — those who train their memories for international competitions.

None of the memory athletes were born with special memory skills, they simply worked on them over the years, said Professor Dresler:

“They, without a single exception, trained for months and years using mnemonic strategies to achieve these high levels of performance.”

The two training methods used in the study were:

Method of loci was most effective

After training, people could usually remember about twice as many words.

The method of loci technique, though, worked the best in the long-run.

“Once you are familiar with these strategies and know how to apply them, you can keep your performance high without much further training.”

The brain scans showed there were 25 critical points of connectivity among the memory athletes.

The research also highlighted two vital hubs of connectivity in the brain regions related to learning.

“It makes sense that these connections would be affected.

These are exactly the things we ask subjects to do when using method of loci for memorization.”

“I’m going to my happy place!”

Saying this in moments of stress has become a rather tired joke.

And the joke conceals the fact that having a so-called ‘happy place’, or even several happy places can help boost mood when times are hard.

However, the problem with thinking back to happy moments from the past is that it’s hard if you’re not in the habit.

Worse, when they do recall happier times, they tend to do it abstractly, focusing on the causes, meaning and consequences, and looking for clues as to how to regain it.

Unfortunately it’s re-experiencing the pleasure that gives you the boost in the moment, not thinking about it abstractly.

The problem is frequently memory.

To feel better by thinking back to past glories, you’ve got to pull up the right memories and in the requisite detail.

This can be hard enough for the most equable of souls and nearly impossible when low mood strikes.

What is required is a really strong technique for instantly conjuring up the right moments from the past so that you feel right there, in the moment.

And this is where the method of loci fits in.

If you carried out this process for a series of good memories, you’d have what is called a ‘memory palace’ of happy times that you could return to in moments of stress.

Testing the method of loci for emotions

But, can creating a memory palace be effective even for depressed people: those who find it particularly difficult to remember happy times?

That’s what was tested in a study by Dalgleish et al. (2013) who recruited 42 participants who were currently experiencing a major depressive disorder or who had suffered in the past and were now in remission.

Half the participants were taught the method of loci technique.

Here’s an example of how one person encoded a memory to give you the flavour:

“…one participant in the main study had generated a memory of an important conversation over coffee in New York with her best friend. She associated the memory with the front of her childhood home (one of her selected loci) by imagining the fascia of the house transformed into an outlet of a popular U.S. coffee chain with her friend standing outside smiling and dressed as a barista.”

Everyone rehearsed 15 of these self-affirming memories and placed them around their memory palaces using the method of loci technique.

They then practised going around their individual mental routes until they could easily retrieve the memories and the associated feelings in high levels of detail.

The rest of the participants also recalled 15 positive events but used a memory technique that you’ll be more familiar with from school.

They simply rehearsed them over-and-over again until it seemed to have gone in.

Unsurprisingly, both groups reported that remembering happy past memories made them feel better.

But, the key for the researchers was to see whether people could still recall the memories one week later, in a surprise telephone call.

The results showed that the participants who had rehearsed the memories repeatedly had forgotten, on average, two of them.

In contrast, the average barely dropped for those who had used the method of loci.

This is an encouraging result and suggests that the method of loci is an effective way to easily a set of happier times, even in people who find it difficult to do so.