Anger: 7 Benefits of Being Really Mad 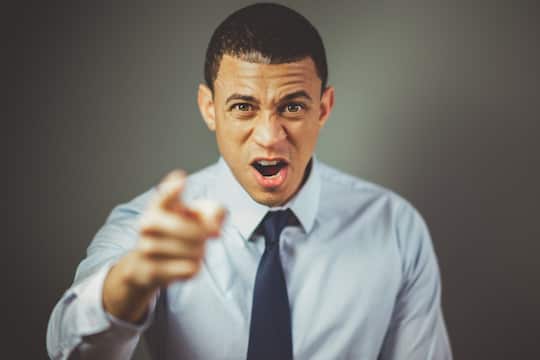 Anger and being really mad tend to be seen as wild, negative emotions, but research finds that anger also has its positive side.

There are all sorts of good sensible, civilised reasons to avoid getting angry.

Not only is it linked to poor health, but it also makes you feel bad, do stupid things without noticing the risks and can be self-destructive.

As a result, civilised people do their best to suppress, redirect and mask their anger.

Most of us treat being really mad as though it’s unreasonable, unshowable and unmentionable.

But, like all emotions, being really mad has its purposes, which can be used to good effect.

1. Being really mad is a motivating force

You sometimes hear people talking about using anger as a motivating force by ‘turning anger into positive energy’.

In fact being really mad itself is a kind of positive energy and a powerful motivating force.

Research has shown that anger can make us push on towards our goals in the face of problems and barriers.

In one study, participants were shown objects they associated with a reward.

Some, though, were first exposed to angry faces.

Those shown the angry faces were more likely to want objects they were subsequently exposed to (Aarts et al., 2010).

When we see something as beneficial, we want it more when we’re angry.

So, when used right, constructive anger can make you feel strong and powerful and help push you on to get what you want.

It may sound like an odd thing to say, but angry people have something in common with happy people.

That’s because both tend to be more optimistic.

Take one study of fear of terrorism carried out in the aftermath of the 9/11 terrorist attacks.

In this study those experiencing anger expected fewer attacks in the future (Lerner et al., 2003).

In contrast those experiencing more fear were more pessimistic about the future and expected further attacks.

Being really mad is a natural reaction to being wronged by someone else and it’s a way of communicating that sense of injustice.

But society tells us anger is dangerous and we should hide it.

What does this do to our personal relationships?

The problem is that when you hide your anger, your partner doesn’t know they’ve done something wrong.

And so they keep doing it.

And that doesn’t do your relationship any good.

The expression of anger, if justifiable and aimed at finding a solution rather than just venting, can actually benefit and strengthen relationships.

Being really mad can also provide insight into ourselves, if we allow it.

A sample of Americans and Russians were asked about how recent outbursts of anger had affected them (Kassinove et al., 1997).

55 percent claimed that getting really mad had let to a positive outcome.

One top of this one-third said that anger provided an insight into their own faults.

If we can notice when we get really mad and why, then we can learn what to do to improve our lives.

Although anger often precedes physical violence, it can also be a way of reducing violence.

That’s because being really mad is a very strong social signal that a situation needs to be resolved.

When others see the signal they are more motivated to try and placate the angry party.

If you’re still not convinced that being really mad might reduce violence, imagine a world without anger where people had no method for showing how they felt about injustice.

Being really mad can be a legitimate way to get what you want.

In one study of negotiation participants made larger concessions and fewer demands of an angry person than one who was happy (Van Kleef et al., 2002).

So there’s some evidence that anger can be used as a negotiation strategy, but it’s more complicated than that.

You can’t just lose your rag and expect to win everything you want.

Anger is likely to work best when it’s justified, if you appear powerful and when the other side’s options are limited (Sinaceur & Tiedens, 2006; Van Kleef et al., 2007).

In the right circumstances, then, it’s possible to both get mad and get even.

The findings may surprise those who are not regular head-bangers.

Instead of becoming aggressive, listening to really mad, chaotic music actually calmed and inspired most regular listeners to the music.

“We found the music regulated sadness and enhanced positive emotions.

When experiencing anger, extreme music fans liked to listen to music that could match their anger.

The music helped them explore the full gamut of emotion they felt, but also left them feeling more active and inspired.

Results showed levels of hostility, irritability and stress decreased after music was introduced, and the most significant change reported was the level of inspiration they felt.”

When being really mad is constructive

Anger can reduce violence, benefit relationships, promote optimism and be a useful motivating force, but it can just as easily be destructive.

An unhappy person is also more likely to spot mistakes and an angry person is highly motivated to act.

We need reminding that even scary and dangerous emotions have their upsides, as long as they are used for the correct purpose.

The likely features of constructive anger are:

People seem to unconsciously understand the benefits of anger.

One study found participants who were about to play a game requiring them to be confrontational were more likely to listen to angry music beforehand or think back to things that have made them angry (Tamir et al, 2008).

They then went on to perform better in the task because they felt more angry.

Used right, anger can be a handy tool.

But use with caution as people find anger the most difficult of all the emotions to control.